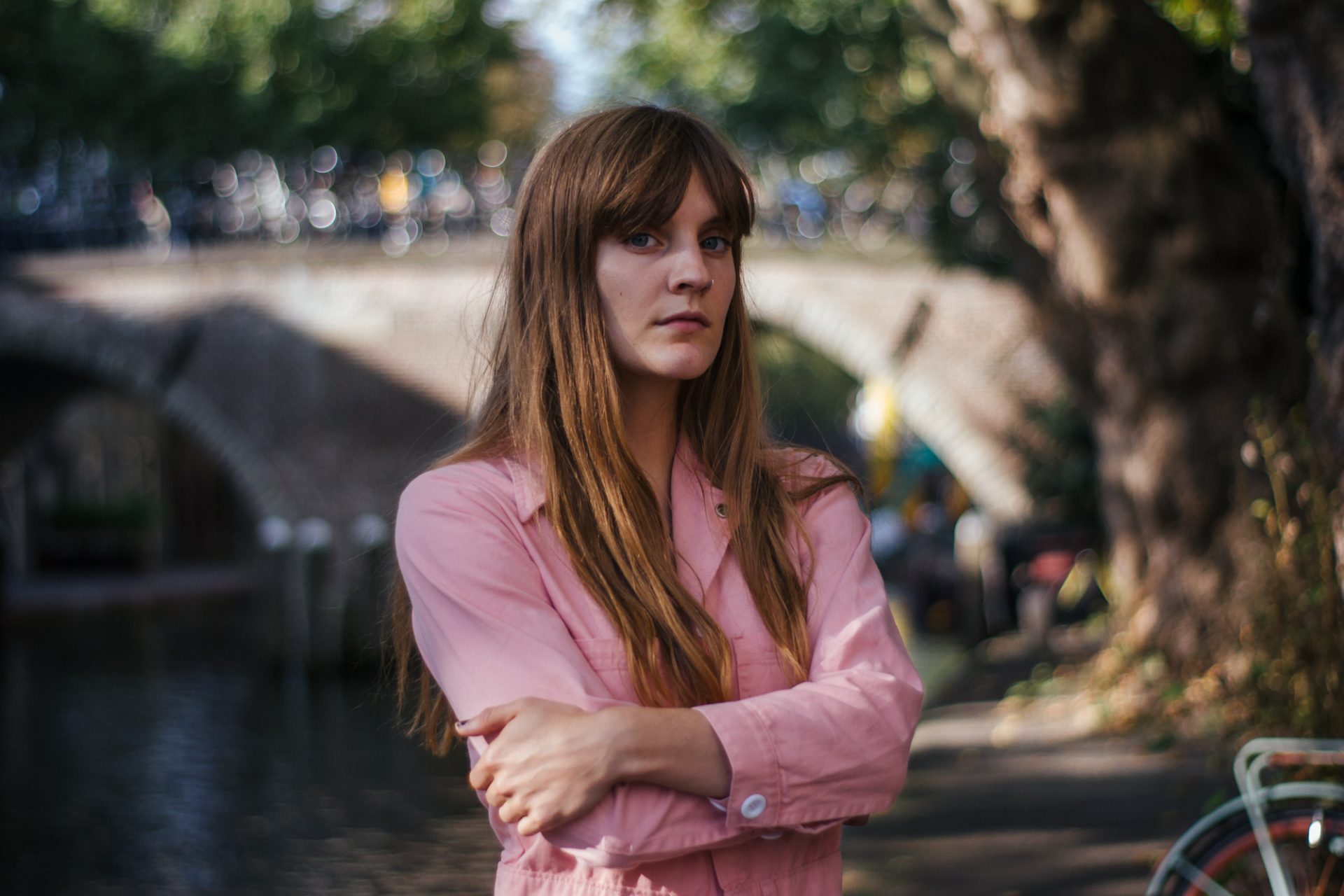 When’s that train coming? Everyone’s rushing past me, the platform’s spinning, everything’s spinning really, and my head’s bursting with pain. Everything seems to be flying by at an extreme pace, but these fifteen minutes on a train platform in Tilburg somehow seem to never pass by. Fifteen excruciating minutes and all the while I haven’t got a clue what the hell’s going on.

Eight years ago. I was still suffering from severe pain on a daily basis from my chronic neck injury and trying out all kinds of pain killers. It was one of the – luckily – rare experiences I’ve had with something resembling a panic attack. I didn’t know what was going on or how I would ever get back home to Utrecht, a fifty-minute train journey North. Somehow I managed to board the train and text my girlfriend to come meet me at Utrecht’s train station. I took a muscle relaxer and tried to sit with my eyes closed the whole way back.

Painting of a panic attack

Why am I even writing this? Well, the first session of 2019 is with the magnificent American singer Liza Anne, who was really very honest and open about her anxiety on her record Fine But Dying. So I felt maybe I should do the same. I honestly don’t know if it was a panic attack I experienced, at the time I thought it might be a migraine or something else, but in hindsight it just might have been one. At least it gave me an understanding of what it must feel like to have one. Liza Anne filled in the gaps with her brilliant songs.

We met up in Utrecht in September 2018, just before she joined Ray LaMontagne on tour as support – on the first day of her very first European tour with her band, and filmed three songs at Kytopia, in the room of the famous former Tivoli venue.

Liza Anne Odachowski grew up on St. Simons Island, Georgia. ‘It’s a tiny little island in the Atlantic Ocean. I lived and grew up there for eighteen years and then I moved to Nashville. That was six or seven years ago now. I feel like I found a lot of my influences after moving to Nashville rather than growing up. Because I grew up in a pretty religious household, so we didn’t really listen to much music. Little bits. I started listening to Joni Mitchell as a teenager, as well as The Cranberries and Fleetwood Mac. That was the start of me realising that I really wanted to make music. I’d already started playing guitar around the age of ten. I didn’t like lessons very much, I felt very stressed trying to keep up.’ Anne laughs: ‘I ended up teaching myself, which is a problem, because to this day I have no idea what chords I’m playing. I play what sounds right.’

‘I play what feels good and what feels like the emotion I’m trying to portrait. It’s worked so far.’ Liza Anne released debut The Colder Months (2014) and the EP Two before bringing her newest full-length Fine But Dying to life in March 2018. The full band indie pop sound was bit of a departure from her more delicate earlier outings, and a very successful one at that. ‘It was definitely a big step. I just don’t ever want to make the same record twice. So, every time I go into making one, I’m trying to time capsule what it feels like to be alive. Of course, it’ll sound different when I’m eighteen, 21 or 25. Fine But Dying was a whole new thing for me. It felt like for the first time I could be very loud which I liked.’

Being alive in Paris

‘I wrote the record over the course of three years. All over the place: some in Paris, some in Nashville and London. Then we went and recorded all of it in Paris in November 2016. It was incredible! Paris is one of my favourite cities in the entire world, so to make an album in a place where I already felt so represented and understood, was incredible. I feel more understood in Paris than in Nashville, absolutely. I don’t know exactly why. I have yet to figure out how to put it into words, but when I’m in Paris I feel like I’m inside of my body. I feel totally present to everything that it feels like to be alive. Sometimes when I’m in Nashville I just feel… not bored but I don’t feel experienced in the right way. Paris is just a magical city.’

‘So much of Fine But Dying was written alongside my friend Trent Dabbs. We’d get into a room and I’d bring poetry that I was working on and chords, and we’d mesh then into these songs. For the record that I’m writing right now it’s a totally different thing. I’m writing it in the van, with my headphones on. I think every record ends up being a different form of capturing something. It keeps it interesting.’

‘I’m very drawn to poetry and memoirs. I love Patti Smith’s poetry and short stories. There’s this poet Nayyirah Waheed who I’ve been obsessed with. I really like to figure out how every individual takes in the world. Poems, film photography or memoirs give you an immediate glimpse of someone’s experience. I’m always looking for new poets to inspire me, but Patti Smith is one of my favourites. It’s such a visceral thing to read, but when I read her poems I’m there. I’m wherever she’s describing. I’m not sitting reading her poem, I’m walking the streets of New York in 1976 and having a cigarette with my friend. She transports me. It takes so much to recreate an entire experience just through words. Everything is a bit too accessible now and there’s no mystery to anything anymore, so people are losing that ability. But she really has it. That’s fucking cool.’

and if your gift is to make people. feel. something. do not cover that in apology. do not lie. to accommodate others’ fear of feeling.

Giving yourself a door out of it

‘Sometimes I don’t want to know the entire person, I just want to experience the record. I don’t know. And I want people to find their own story, not relive my terrible day. Ha.’ Writing and singing about her personal issues doesn’t scare Liza Anne, judging from her songs. She describes writing Fine But Dying as therapy sessions. ‘It was fun. Painful. Fun and painful, all the good things. I actually really enjoy it. That’s probably terrible. I don’t know what in me enjoys displaying all of my worst days in that way. But I feel really set free by the whole process of it. If I just wrote it down, it wouldn’t be enough to free me from it. I have to experience it in a cathartic performative way to give myself a door out of it.’

It must feel pretty special to know that other people are using her songs to gather strength and confidence. ‘That is… I will never get used to that feeling. It’s crazy. It’s the coolest thing. That’s what makes it so worth doing. Once I see the way it energetically affects a space or a group of people, it makes me really glad I didn’t keep it all in my head. I’m happy I decided to deal with it, even though it’s painful. When I see the way someone’s affected by what I’ve done, it all makes a lot of sense.’

I Love You, But I Need Another Year
Spotify | iTunes