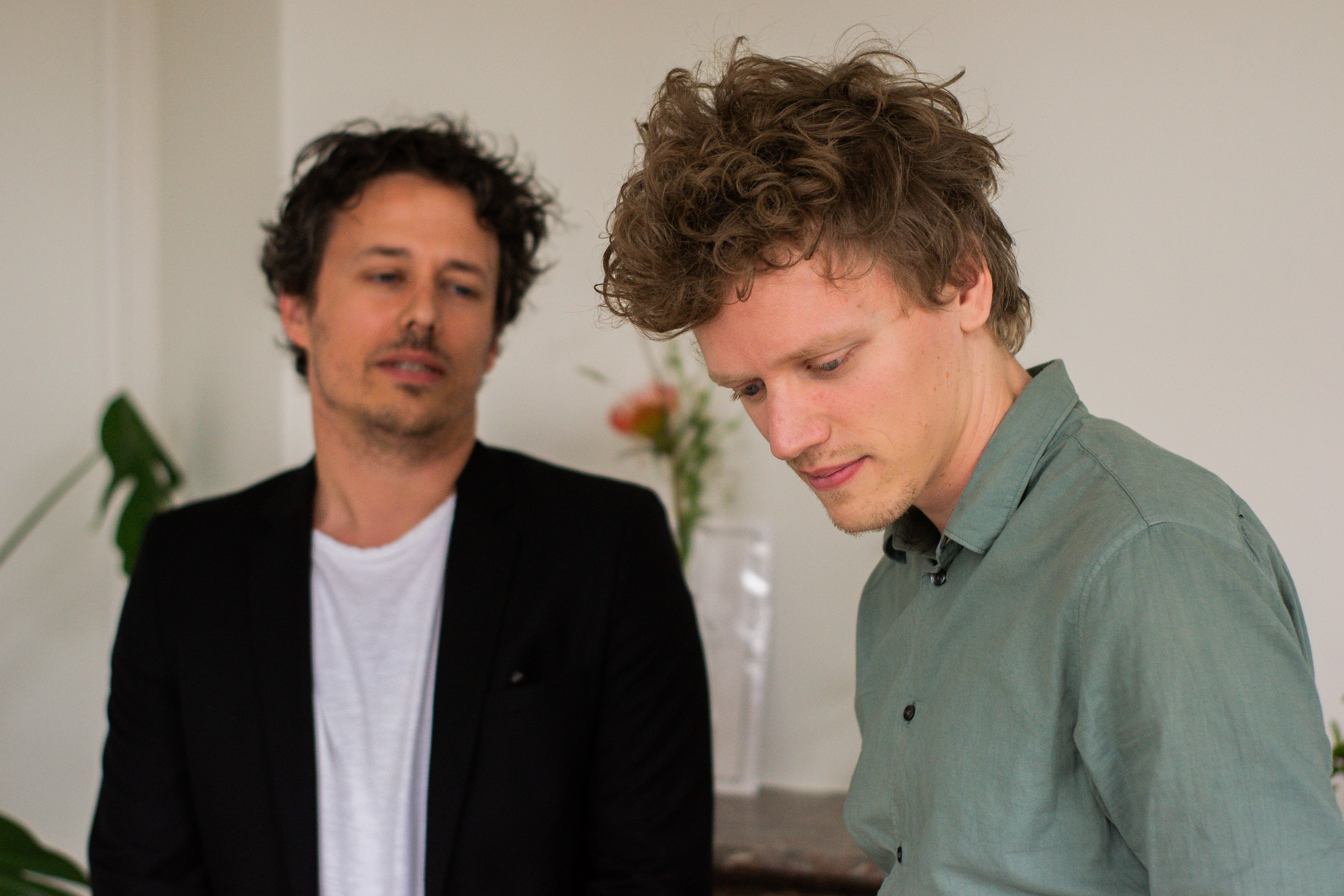 Douglas Firs is a Belgian band that has been around creating great music for years now, but it was on their most recent record Hinges Of Luck where they really struck gold. For The Influences, they recorded covers of Jim Croce and Johnny Cash as well as their own 45 Days. Gertjan Van Hellemont: ‘I chose Home Of The Blues simply because there can never enough Johnny Cash on this earth.’

Hinges Of Luck is a very different record than the two previous Douglas Firs records, the singer agrees. ‘Those first two were about love affairs, while this record looks at different matters. Life itself, perhaps. Turning thirty and being forced to make choices. Doubting whether I made the right ones. I wrote the songs on it in a very short time frame, during a six-weeks-stay in Montréal, Canada. I think that’s why the record has its own vibe and identity and I’m really glad it does, because it’s become my collection of memories to that time. Whenever we play songs from Hinges Of Luck, my mind wanders back to Parc Jarry, which is where I was happiest – sitting on a bench in that park, reading a book.’

Home Of The Blues (Johnny Cash)

Phil Cook is his drug

‘In recent years, the musician who’s amazed me the most is Phil Cook. With The Shouting Matches, his trio with Justin Vernon – as well as with Hiss Golden Messenger and on his solo records. Truly wonderful music in which the love for music shines through. He’s got the best gift: to become happy by creating something beautiful. And what a guitarist he is!’ Phil Cook released a stunning record called People Are My Drug this year, and just last Friday added a new single called The Truth.

Time In A Bottle (Jim Croce)

Looking out the windows

‘When I was eight years old, I saw Sheryl Crow perform on MTV Unplugged. When she screamed in the song Love Is A Good Thing, I said to my dad that I thought I understood what it meant to be in love. Other than that I was a kid with the musical taste of a fourty-year-old: Tom Petty, Bonnie Raitt, Bob Dylan, The Beatles, Lucinda Williams, Tom Waits, Dr. John… It wasn’t until later that I opened myself up to hip hop and other things like J.S. Bach; not too shabby.’

‘The way I write songs has surely changed over the course of the years. How could it not? Writing music has been a part of my life for such a long time, both evolve by getting older. What remains is that I find it hard to answer questions about my writing process, because it differs so much. Sometimes I slave on half a song for three months and other times it’s just there, while I’m looking out of a train window. I wouldn’t change that for the world. I don’t want the magic to disappear.’

The band’s hometown is the beautiful city of Ghent in Belgium. One of my favourite cities to visit, for sure. In fact, I even went there this summer to see Hiss Golden Messenger (with Phil Cook) and Courtney Marie Andrews perform, with DF-keyboard player Sem van Hellemont in the audience also. ‘Ghent isn’t short on good musicians. Its jazz scene is particularly impressive, with Simon Segers, Fulco Ottervanger, Nathan Daems, Lander Gyselink, Wim Segers, Bart Maris, Frederik Van den Berghe, Bart Vervaeck… The blissful characteristic of Ghent is that it’ll feel like one big village, where you’ll constantly run into each other on the street or one of its many music bars.’

‘I want to reach people and move them with music. To play shows and feel something happening together with the crowd is a special feeling. But at the same time, I love playing bluegrass songs with some friends in my garden. Music is a part of my life and it will always be. As long as it stays like that, I’ll be happy.’

A livingroom in Utrecht, The Netherlands.