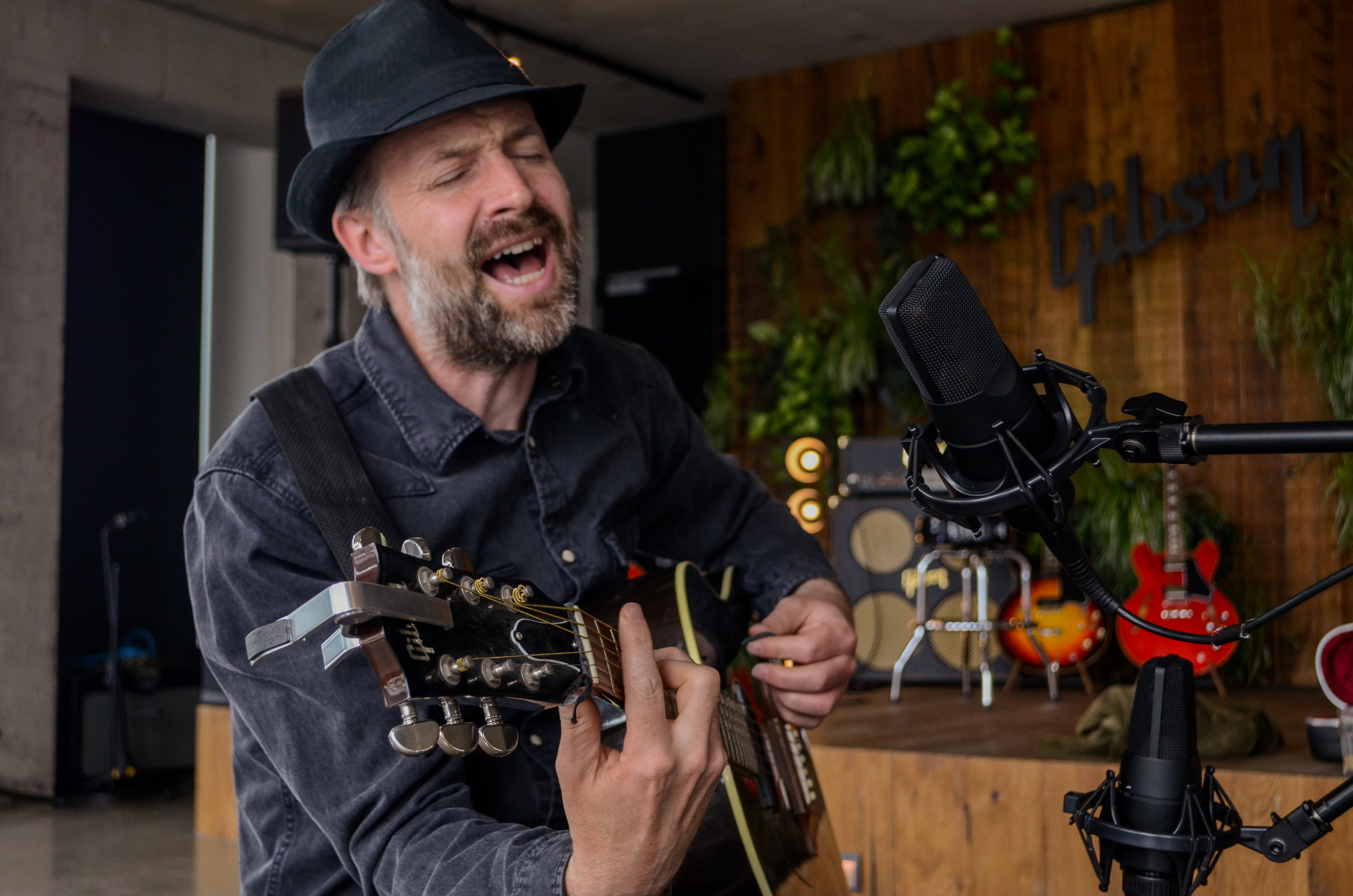 John Martyn has somehow never before been covered in The Influences sessions. Until now, because Jon Allen recorded an addictive version of May You Never for us, as well as his new single Jonah’s Whale and In Your Light off his debut LP Dead Man’s Suit.

May You Never (John Martyn)

A little bit of hope

Allen, who was born in Winchester and now resides in London, studied at the Liverpool Institute Of Performing Arts and was discovered by Mark Knopfler soon after. Allen went on to write and record stunning solo records. Earlier this year he released his fourth record Blue Fame, which seems a bit more cheerful compared to his previous albums.

It’s like Allen went into the studio thinking: ‘I know everything’s going to shit, but here’s some distraction and hope for a better future.’ Well, in my mind he succeeded, because Blue Flame works wonders on my mood every time I put it on. And it’s not just his incredible voice doing so.

Someone from Allen’s Dutch label V2 Records suggested that he’d also play In Your Light, a single off his debut record Dead Man’s Suit. Mainly because she wanted to hear it again, I think. “Sure, why not?”, Allen replied. Remind me to thank the lady for asking, because this live take is just marvelous and hasn’t left my brain ever since filming it.