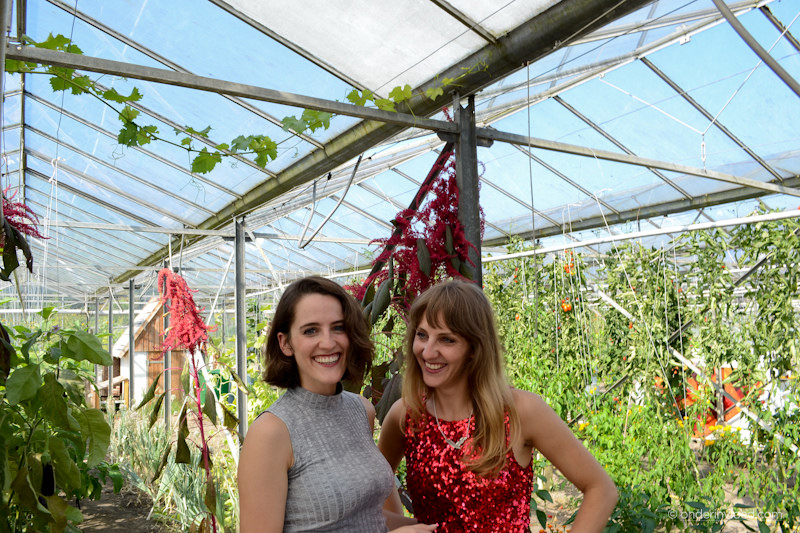 It was during Daniel Romano‘s show at TivoliVredenburg Utrecht a good two years ago when I heard Jenny Berkel‘s voice for the first time. I met her and her sister Kay earlier that day when filming a session with Romano, but hearing them sing in Romano’s band and – especially – one of her own songs in the middle of his show, I was hooked. Can you blame me?

Berkel’s got one of these voices that you’ll end up recognizing instantly and there’s a timeless quality to her songs that often have poetic lyrics and original instrumentation. Listening to her, you at times feel as if you walked into an imaginative world, pretty much as in the best novels. The Canadian singer has been consistently touring the world as a member of Daniel Romano’s Trilliums band, but more recently she’s been focussing on her solo work, releasing the hauntingly beautiful Pale Moon Kid – produced by Romano – on Pheromone Recordings and popup-records and touring Europe. It’s her first full lenght since Here On A Wire, her debut from 2012.

The Montreal-based but Ontario-born Berkel recorded this session early September in the organic greenhouse De Kas Eet En Kweekplek in Utrecht, where owners Kevin and Meike graciously welcomed us in the middle of their pumpkins, tomatoes and other vegetables. It was a bit warmer than I had expected it to be that week, but Jenny and Kay Berkel did not complain for a second and recorded a stunning cover of Steve Earle’s Goodbye and How Red The Bloom, an original that was released on her limited edition (and now sold out) EP Cicada (A Collection) that featured The Weather Station, Daniel Romano and Kay Berkel.

For all of Berkel’s upcoming tour dates, click here.

How Red The Bloom

Location
De Kas Eet En Kweekplek in Utrecht, The Netherlands.
They host dinners and lunches (with live music) in the middle of the greenhouse, using their own produce!