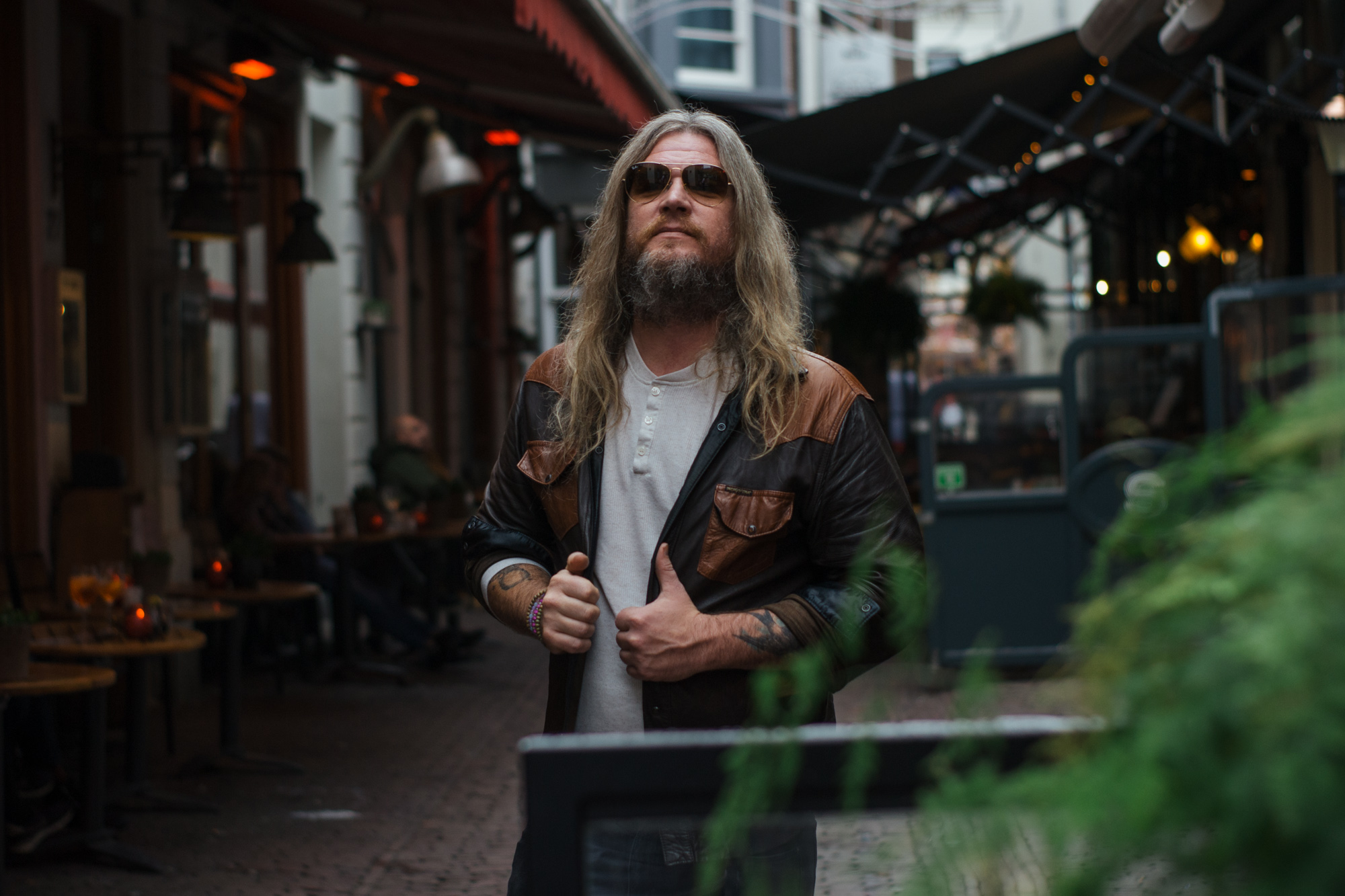 The times have been good for Israel Nash. The Texan singer has been busy after kicking things off with the release of his latest record Lifted in the summer of 2018. ‘We’ve been to Europe about five times since, going back and forth.’ With Lifted, Nash has focused on the positive, rather than the negative. The future instead of the past. In doing so, he created a record that’s powerful enough to lift people up. Something that was visible in the audience when I saw him play at TivoliVredenburg in Utrecht, a couple of hours after we filmed this session where he recorded covers of Neil Young and Radiohead.

‘Music has always been a place for me personally to connect when I’m writing and working, and to share that with others. The purpose of this record for me was to have music that lifted me out. I don’t know if it’s always unique to what’s going on right now, or unique to this journey of life we go through. For me, music has always been a part of that in such a fundamental way. It can be that for other people as well.’

‘Music has always been my passion and my love. I think it took some time and maybe a little bit of age to realize those things that are even bigger than that. When you start, you want to play music and you’re excited and want to go on the road and sell records… I think ultimately, you’ve got to have a bigger purpose. Because shows end, records are done, and time keeps moving. To me it’s been a period of time where I’ve been reflecting on that. The power of music is to bring people together and to comfort people at various times.’

There were multiple times during Nash’s set in Utrecht where I saw people in the audience hug their friends. There really was this communal sense of belonging, right there and then. For over ninety minutes, nothing else seemed to matter. It must be special for a musician to see his songs causing that. ‘It is. It’s been a big help too to have fans talk to me and tell me how my music has been a part of their lives. How the shows have been a cathartic experience for them. To be free. A lot of them crying. Really, it’s just people feeling. Those emotions are life. It’s what lets us know we’re alive. Meeting and hugging people after the shows, hearing their stories, that’s all part of my bigger story of seeing that power of music. It’s bigger than me, bigger than them and bigger than a song. This is human connection. Music connects people and gives them an experience. At this time in my life I feel it’s alright to be a part of that.’

‘Radiohead’s OK Computer was one of those first records that I kind of got into outside of my dad’s collection. There’s that period where you’re finding your own music. That entire record was probably the first record that I had where it wasn’t about singles, but the full record. I wanted to hear the whole thing. It was a new phenomenon in my life as a teenager that still influenced me when I got older. I’m still into the idea of an album, not just “here’s a cool song”, but “this is a piece, this is meant for you to give some time to it”. That was one of the first records I did that with.’

‘For years I’ve kind of wanted to do some folky rework version of the whole record. I wanted to do it for the anniversary, but we didn’t get around to it. But at least I’ve got one song down! I want to rework them and people to be confused. That’s what happens with my cover of No Surprises: people aren’t really sure what it is until a couple of lines come in. So that’s exciting. The song is still relevant today as well. “The government they don’t speak for us.” When I sing that line people just cheer. It holds up and it’s a great song. Those nineties-bands gave kids like me the idea that we could play rock ‘n’ roll music. There are people that want to hear rock, with guitars and drums. Those were really formative times for me, hearing those bands.’

Finding opportunities to do a better job

Nash and I talk about experiencing this stage of life, both in our thirties, when life seems to settle down a bit and people become more selective and comfortable with their priorities. ‘You experience things and realize it didn’t make you as happy as you’d thought. Or: “Why did I fuck that up?” We find opportunities to do a better job. When you start thinking about things differently and try to put that into action. To do better.’

‘I think I’ve always been geared towards that. In your twenties, you’re kind of living to pursue your dreams and career. But hopefully as you get a little bit older you just kind of view it differently. And like you said, finding that purpose. There’s got to be more than that dollar, or cool Instagram post. It’s always been a part of me, I’ve always had an awareness of that kind of stuff, but I just feel like I’ve fully accepted it going into making this record. Now, playing this record and embracing other people. I wasn’t ever the opposite of what I am now. I’ve always known there would be something more, but I do think this is the chapter of finding out what that is. For now.’

‘There’s something really powerful about nature’

Nash grew up in Missouri and lived in New York City for years after. These days he calls Texas home. ‘Moving to Texas has been really nice for me. Just having space. My grandparents growing up had a little land, that was a big part of my life: being able to go to their place and seeing the power of the country. That was the inspiration for going finding that place after living in New York City. Moving to Texas did that for us. My wife and I had a baby and now she’s six years old. I built this studio, which is where I now make the records. It’s been a big change.’

‘There’s something really powerful about nature. As humans we’re not separate from that, we’re part of it. Sometimes in cities, in the speed of life, we don’t feel that. We don’t feel connected to these things that are such a part of us. We fail to look at the wonder that trees grow and that birds fly. You just see it when you’re in the forest. This is real stuff; this is amazing and bigger than me. Nature helps you realize in those moments. Like standing in front of the ocean; you love it, everyone loves it. It’s part of our DNA, you feel so calm. Who doesn’t? It also makes us feel small. But what do you do with that knowledge? Do you just feel so small and afraid for the rest of your life? Hopefully there’s a little sturdy fear in there, but once you realize you’re so small, not only in terms of the ocean but in terms of time… This modern age is nothing when you compare it to the experience of the universe. Realizing you’re small but being okay with it over time. Just trying to serve your place. So yeah, that was a big transformation for me.’

Being able to compare your life to the bigger things like nature and time helps put your daily struggles into perspective, in my experience. Nash agrees. ‘I was just talking to my friend about that. You know there’s this stoic idea of Plato’s view: your house is flooded, and you’re pissed off and your problems are so big. The idea’s that you pause and look at it from an aerial view of the village you live in and think of the pain that people are experiencing. Then you look further out, on the county and the country and then the world. Imagine the time of all humanity. The exercise helps you reference the seriousness of your problems.’

‘I think it’s important to be able to see – not that your problems don’t mean anything and that you shouldn’t fix them, we’ve agreed to be a part of this world somehow, but to realize you’ll get through it. Because you’ve done it before. Carrying that burden and weight is not productive. You won’t get anything done and you just live in the past. Alan Watts talks about ‘the only way to change the future is to be in the now. To be right here. I’m about the future, about change and growth. How to get there and not be too worried about change.’