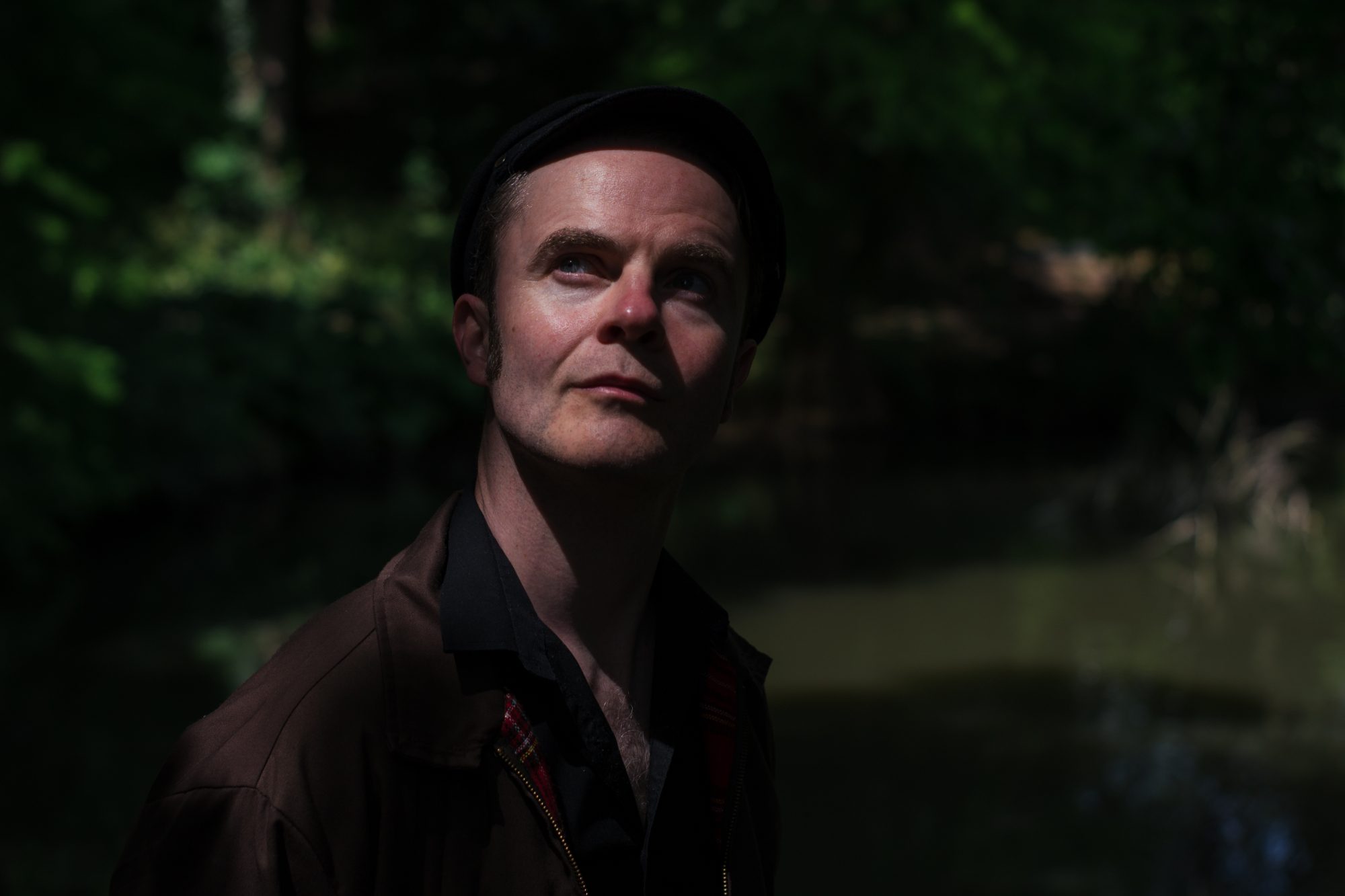 Musicians often ask me who they should listen to when we finish filming a session. Almost a hundred percent of the time I recommend the Scottish band A New International to them. Because they’re simply brilliant. And lead singer Biff Smith is one of the most remarkable songwriters and performers I’ve ever witnessed. Sure, he’s a very good friend, so I might be biased. But damn it, if he doesn’t move you when he’s on stage, you’re officially dead inside.

The first time I ever visited the Isle of Skye in Scotland, Biff drove along in the back of my mother’s car, wearing an FC Barcelona shirt. The drive from Glasgow is forever one of my favourite things to do involving a car. You pass Loch Lomond, Glencoe, Ben Nevis and Eilean Donan Castle until you finally see the bridge to Skye appear in front of you. Even before you get to the incredible isle, you’ve seen more stunning sights than a single brain can comprehend.

A New International’s newest album The Dark Carnival had them tour sold out theaters throughout Scotland. But for todays session we go back to their debut album Come To The Fabulon. On it there’s a song about the drive to Isle Of Skye. When he was over in Utrecht last June, we filmed it in my local park. Biff was kind enough to write a guest essay to accompany it, so I’ll end this now and let you enjoy two of his many talents below.

‘Stay out of sight for a long time‘

By the time I arrived in Utrecht I was pretty much running on empty. The night before, a riotous Saturday in Glasgow, had seen our final performance of the Dark Carnival, the show’s untimely passing honoured afterwards by a rare old time for all in the Laurieston Bar until closing time.  Then it was home to pack a bag, catch a bus to the airport, a flight to Amsterdam and on to Utrecht for an afternoon show, the first in a short solo acoustic tour of The Netherlands.  I don’t remember much about the flight so perhaps that counts as sleep.

When Sunday afternoon rolled around, the good folk of Utrecht were enjoying a heatwave.  At the venue, grinning in sunglasses, shorts and sandals, people spilled out onto the pavement terrace in a hazy, festival atmosphere.  My friend and host Matthijs passed around some welcome ice lollies, all polished off quickly lest they melt and run down sticky fingers.  I sat delicately nursing a beer, dressed unwisely all in black and daydreaming vaguely about the coolness of swimming pools.  I had just spent 30 long minutes trying not to wilt under the stage lights, sweaty fingers slipping clumsily after elusive chords, my voice tiring audibly.  Sometimes it’s just not your night, or day, and a show becomes all about the getting through.  Never mind, tomorrow we may fly.

I felt a little spoiled and ungrateful, thinking of how many songwriters would be thrilled at the opportunity to play in such surroundings, yet I knew I was exhausted, hollow and wondering where my next performance was coming from.

As the week progressed, having rested and given the barrel another scrape or two, at the other shows I felt like I came closer to performing as I’d like to and was able to better appreciate the lovely moments as they passed.  I will always remember the horses of Nijkerkeveen and the concert in the stable, meeting Ro Halfhide again after far too many years for a chat on his radio show, and lighting a candle for Ineke at the Minstrel festival in Zwolle.  Matthijs and Rachel were, as always, warm, generous and hospitable hosts.  Their cat Keet seemed to tolerate me well enough and Utrecht was as beautiful as ever but I often caught myself singing a line from that Midlake song –

“Sometimes I wanna go and stay out of sight for a long time”.

Rachel and Matthijs introduced me to Julianapark – their local public park; also a community farm and a haven for birds.  Much of my free time was spent here strolling, sitting on benches, drinking coffee, reading, writing a little or just gazing at the water and listening to the wind in the trees.  Below is a photo of my favourite spot, the bench at the pond.  I whiled away many happy hours here doing as little as possible.

“She can take any song and make it her own.”

One afternoon as I sat reading on the bench, a cockrel came to say hello.  He was a comical fellow, bouncing jauntily along almost as though he had springs hidden inside his feather trousers.  I was later to learn that his name was Buddy and that he was very much one of the local characters.

Buddy came bounding up to me, bursting with enthusiasm for the world.  I couldn’t help but admire his optimism.  Maybe he thought I looked like the kind of guy who carried a pocketful of crumbs about with him.  Sometimes, by default, I daresay I do.  Two pocketfuls even.  Buddy hopped a little closer, cocked his head and eyeballed me.  I, being a little short on conversation, said the first thing that came to mind.

Introductions over, I shared with him what crumbs I had in recognition that I was on his territory and so a toll of sorts was expected.  After he had pecked his fill he patrolled to and fro in front of me, up and down, boing, boing, boing, and up and down again until I began to get the impression that I had just paid for his protection.

From then on, Buddy and I had an unspoken arrangement of sorts.  On each visit to the bench, I brought the crumbs and he granted me the freedom of the park, one time even dozing off at my feet.  I may have dozed off myself once or twice.  A happy time.

Buddy was faithful to me right up until my last day in Utrecht when I, on visiting the bench, found he was nowhere to be seen.  I felt a momentary sense of having been stood up, then grew concerned about him and wondered what to do.  After a fruitless circuit or two of the park I was about to give up when I suddenly heard some clucking and cooing coming from somewhere behind the bushes.  Edging closer to the sound, I parted the branches gently and spied a small, secluded lawn, verdant, lush and catching the late afternoon sunlight.  There he was, Buddy the Bold; hale, hearty and cavorting merrily with two plump and healthy looking hens- one black and one white- the best of both worlds you might say.  It looked like ol’ Buddy had hit the jackpot.  Not wishing to spoil the moment, I silently wished the hens and Buddy every happiness and tactfully retreated.

My time in Julianapark was coming to an end but before I left, there was still one last song to sing.  After this song I felt like I didn’t want to sing again, or speak very much either, for a very long time.

For my beloved Father, Kenny.  I miss you every day.

Thanks
Rachel Huneker
Buddy the rooster