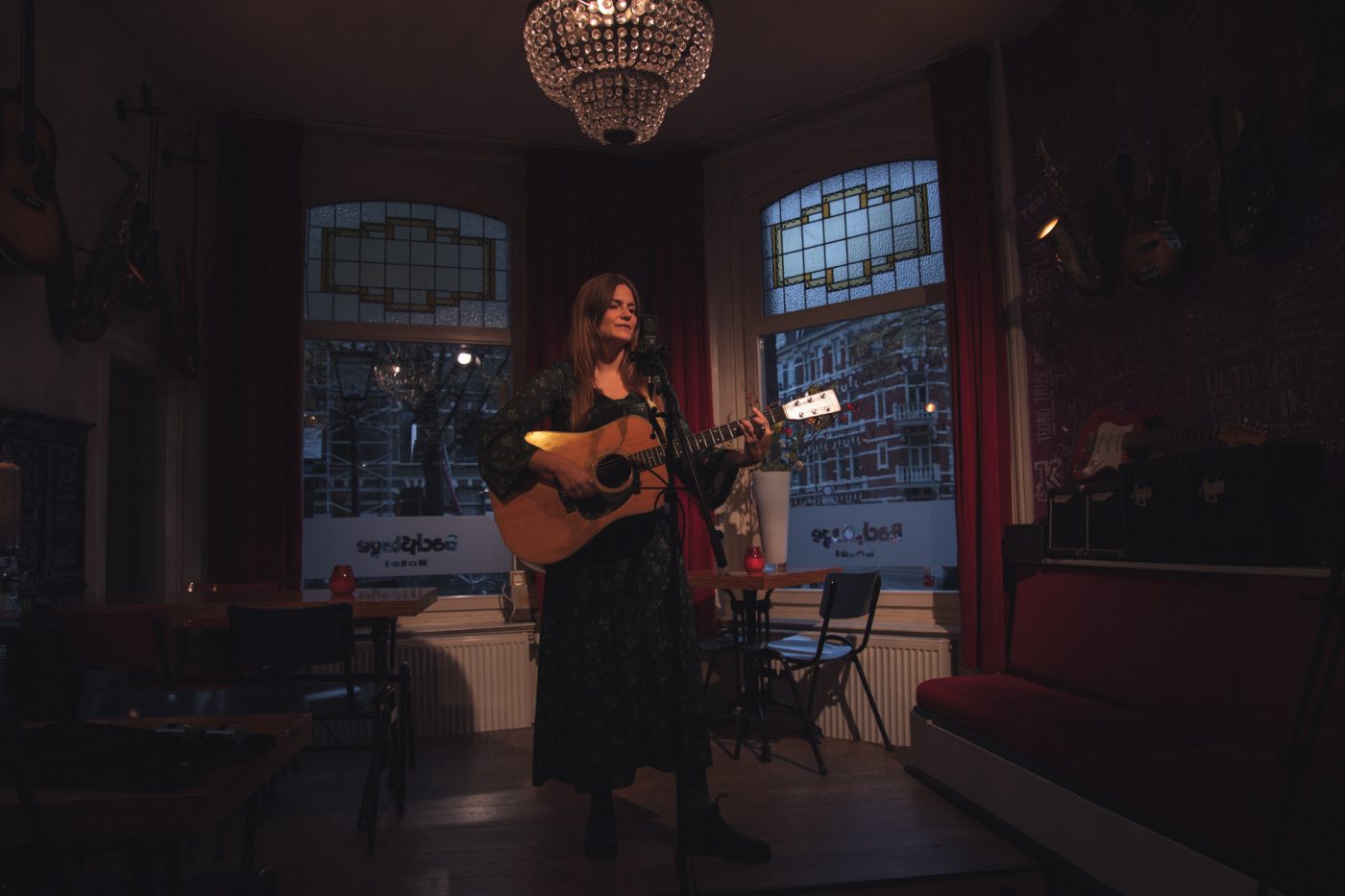 Since her first session for this website, Erin Rae has released her album Lighten Up – a gorgeous collection of songs, with a slightly new sound to them, compared to earlier records. Late 2022, she toured all through Europe supporting Julia Jacklin, so when the tour bus found Amsterdam, we met up at the always welcoming Backstage Hotel and filmed True Love’s Face and a cover of Sarah Siskind’s Lovin’s For Fools.

In his guest essay for Erin Rae’s first session, Andrew Combs wrote: ‘Erin genuinely loves to sing and write songs and is thrilled to be able to share her talent.’ Well, and I will always be thrilled to film it and share her talent with you. Enjoy these videos and read Erin’s own words about this song and this session below.

“Lovin’s For Fools helped me to access my own well.”

“Returning to early influences can be such a grounding and centering experience for me, but, honestly, one I had forgotten to prioritize in recent years. There’s a push from the external world to follow trends (perhaps the inundation of content creates that push) and consuming so much at all times instead of letting ideas and feelings germinate peacefully within results in a straying from, as Caroline Spence calls it, your ‘True North’.”

“On the day we taped this session, I was excited but not particularly tapped in to my own source. However, on tour with Julia Jacklin, we had been talking about some of the songs we loved when we were first starting out and this song by Sarah Siskind was so formative for me. Justin Vernon brought her out to sing it during his Ryman Auditorium appearance for the Skinny Love album cycle. I was very new to writing songs and playing guitar at the time, and I learned it as soon as possible. The emotion that that chorus tapped into for me helped me to access my own well, which led to the creation of many of my early songs.”

“What’s better than to remember where you came from?”

“It was so restorative to sing that chorus out. I think I forgot I could do that. After we recorded I played one of my favorite sets of the tour, and just felt so grounded in my body. It might not have even been the best set, but it felt the best because I remembered where I came from. What’s better than that?”

“Happy New Year! And endless thanks to The Influences for having me and helping me connect. Getting to hold a sweet new baby never hurts either.”

Thank you for watching and enjoying this session. You’ll probably like some other sessions from The Influences’ archive too, like this earlier one by Erin Rae! 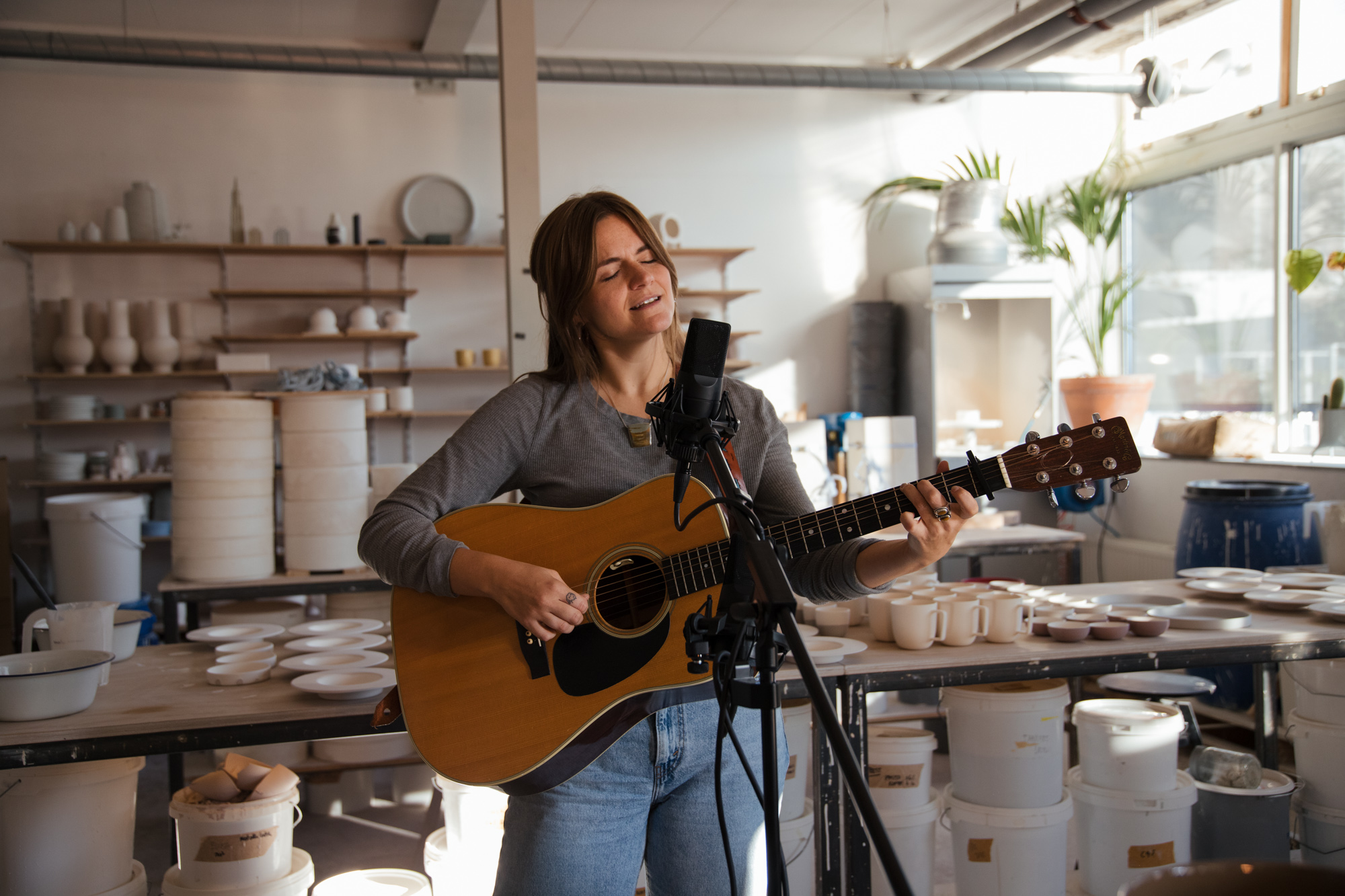