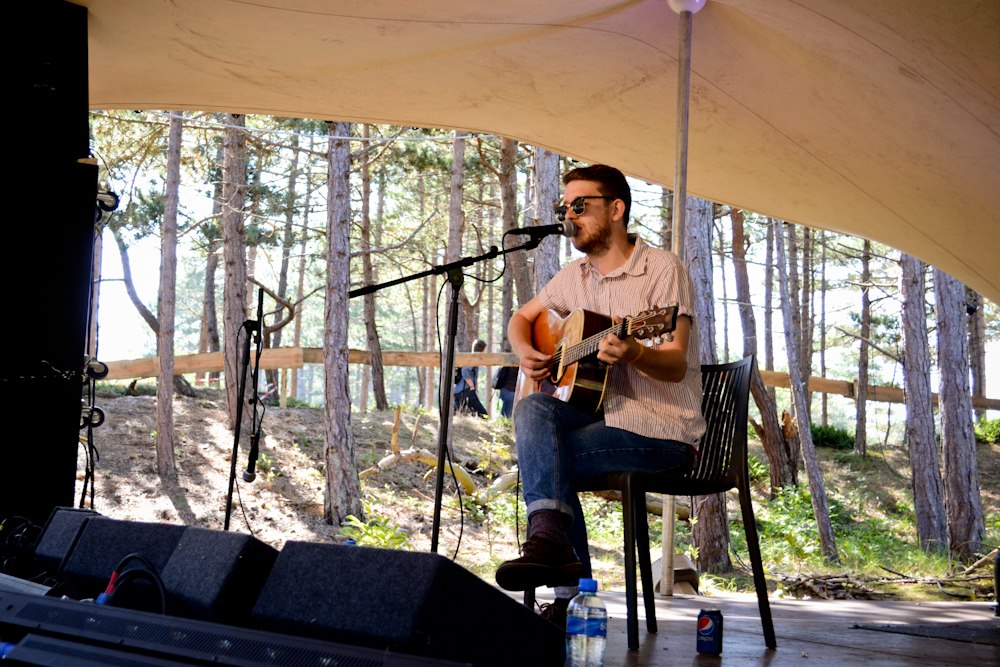 So outside in the dirt of night the wind bustles and howls and I’m inside writing about my forebears. The towers of my influence! The men who stole madness and hid it beneath their hats, the women who snuck verses under their skirts.

But influence is not just the discovery of those who seem to spark the candle, it begins way back…with lessons of time and patience and fury, with experience and wayward mornings. The lost hours, the slow burn of the wick to the grave.

I remember running, like a foolish expeditionary on a bicycle, to the woods and hedgerows and rivers that surrounded my home, building fortresses of tinder, shooting down enemies with guns of stick and fist, returning home with the sun all blue and forlorn, all sooty hand sodden feet. I’d look at maps. I remember finding the old airfield. I still have a vague scar where the barbed wire lay underneath the water line. I knew about autumn before I knew what artillery was.

I would wake with the day still dark, and through windows thick with water I’d look into the sounds of the dawn, my first window pointing to the east. There was always music, radios and tapes turning, always books, railway trains and questions. There was never enough time for prayer. I searched through photo albums, books and stories, searched people’s pockets, stole from tales, pretended to be a guardsman. Fought with Robin Hood. I heard sounds then but I didn’t hear words. I didn’t know where the Hoover Dam was. In my father’s room behind the CDs were the tapes, and behind the tapes there were the records where music formed the landscape, a glorious mountain range. In its valleys I heard Bob Dylan, Elvis Presley, John Lee Hooker, Howlin’ Wolf.

I recall a record called the ‘Essential history of the Blues’. It had Elmore James on it, the guitar sounding like a backwards alarm call. I could hear John Lee Hooker’s shoes beating and thought it was a good thing. I heard space on those recordings, time to forget time. I swept it up, locked it up, and chained those sounds to my soul. I stole a copy of Freewheelin’ , heard the ‘Girl from the North Country’ and wanted to freeze. I heard ‘hard rains gonna fall’ and fell hard. Tried to write out the words to ‘The River’ by Bruce Springsteen on the living room floor. I saw Bessie Smith singing in a barroom on old Betamax. I wore out the tape that had ‘We Can Work It Out’ by The Beatles on it.

Something in those songs seemed to speak to me, their transitory narratives, their faith upon the truth of confusion, their acceptance of doubt, and their dignity against hurt and longing. Something in the words, the simplicity of the volume.

In school I got lousy marks for writing because I never got the words in the right order, and I was better making pictures or models, but I was happy with a head full of music. I stayed away from any kind of band. I thought I’d be an architect. Somewhere I heard Blur and Radiohead. I bought ‘The Bends’ with money I’d earned, it felt better than spending money I hadn’t. There are more noises on Radiohead songs than any ‘songwriter’ record, but no less sound. I fell for a girl who loved Nick Drake and firewood, she fell for me for a while, I read his biography and I looked at the pictures, he always looked really lonely, and for I while I wanted to be like that. He looked like he needed someone to talk to.

I learnt that you don’t grow by leaning on a tree, and so I headed to the city to become a designer. The city hit me hard in the side of the head. I fell asleep on buses and trains and I got my wallet stolen, but without the telephones and the show and the whir I would not have begun writing words in notebooks and bundling them together into songs. I bought a walkman and walked pretending I was in films. I took trains to listen to Portishead. I saw Elliot Smith play to a half empty; I’ve never seen anyone play like him since. When I listen to his music I feel like I’m alone in a church. In the city for the first time I met musicians, people who wrote.

A guy called Les Johnson told me that the words could be in any order I wanted them and lent me the first record by Ron Sexsmith. (Feist took one of his songs and turned it upside downstairs). I bought records on whims, by their covers, by chance. I bought some more good than bad, but some horrors. I got lots of Rolling Stones, Joni Mitchell, and any old blues compilation. I got a record by Ray Lamontange that crashed through me. I saw him live in a hall with Victorian seating. I ate on a diet of action movies. I drove quickly in a borrowed car to a band called Modest Mouse who write lyrics that are pretty and unusual and are like the arrows splitting the album cover. I moved for a while into house with no telephone in the winter and it snowed in the woods so heavy the paths disappeared and the land and the sky became one .

Music is a simple task, it’s like waiting for the bath to fill, when you pay attention it fills so slowly, you can throw in influence and work and toil all you like, but the moment you turn your back the water spills the brim and the bathroom floods. I knew if I stayed in the country I’d write country songs, that I wanted to write city songs, I’ve ended up writing river songs. Now I don’t search for music like I used to. I have a girl who helps me keep my ship steady and I seem more patient. My friends are my books, influence is personal.