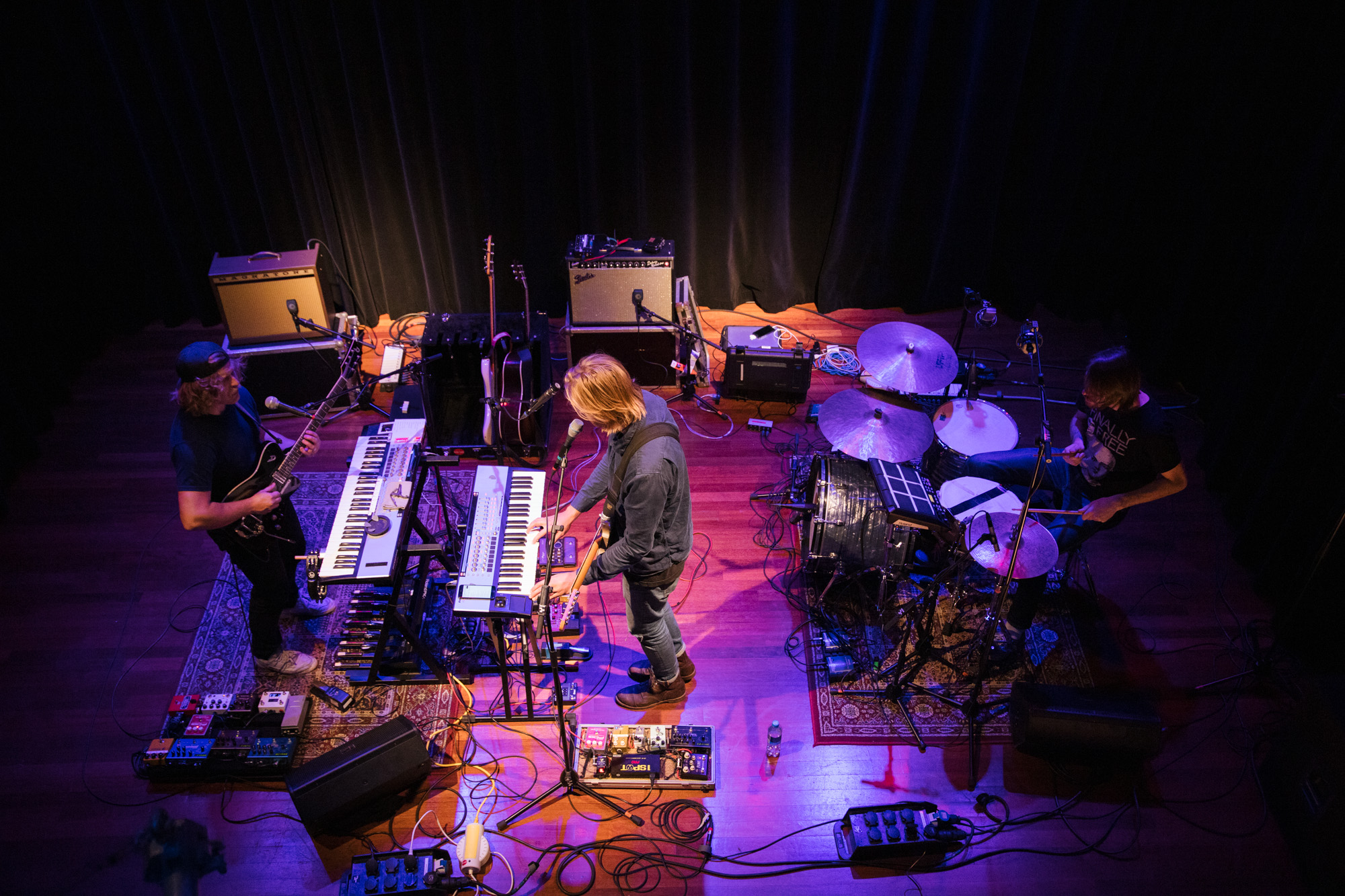 Sometimes there’s little time between getting to know a band and filming a session. It only ever happens though if I immediately like the music a lot. The Canadian band Close Talker have just released their new LP How Do We Stay Here and are heading out on a Canada and USA tour today, after just finishing their European run. On that run, we filmed this session where they covered Radiohead’s All I Need.

They stick to their guns

‘Radiohead is collectively one of our favourite bands. We draw from an array of individuals, both as a band and individuals, although bands like Radiohead, Grizzly Bear, The National, and The War On Drugs are all bands that overlap and mean a lot to all three of us.

I think In Rainbows by Radiohead may have cracked the top 10 favourite albums of all time for all of us. With that, when we learned we had to put together a cover song, something we really never do – we thought it was the perfect opportunity to tip our hat to Radiohead and try and play something that we love.

They have always inspired us because they stick to their guns and sort of make their own way. They seem to be an instinct type of band in that way, and that is something we’ve tried to implement into our own practice – doing what feels right, and not overthinking that process.’