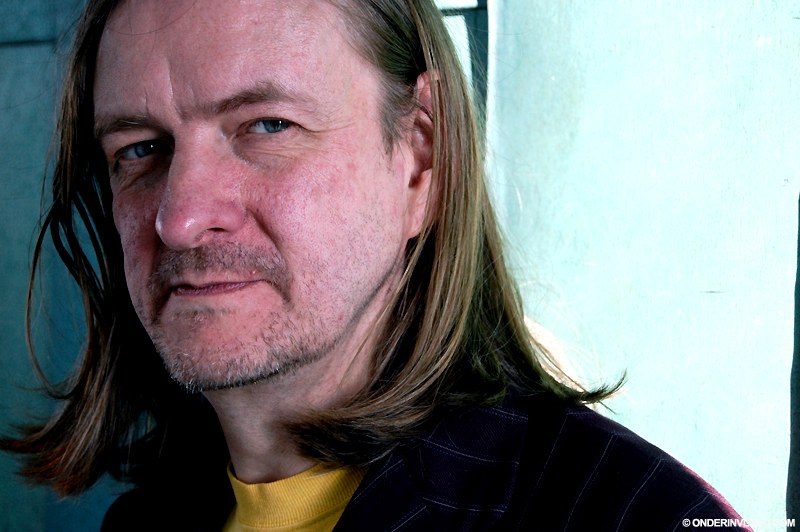 In Glasgow, the national centre for architecture and design The Lighthouse was kind enough to close the sixth floor for us, to shoot the session with the legendary BMX Bandits. They formed in the year I was born, 1985, and are still going strong.

BMX Bandits have shared members with Teenage Fanclub, and are currently working on a compilation. When I was told BMX Bandits had agreed to record a session during the Onder Invloed week in Glasgow, I honoustly couldn’t be happier. If the goal is to get to know the Glaswegian music scene and it’s history, BMX Bandits’ lead singer Duglas T. Stewart is the man to speak to. The Bandits don’t really have a standard group of members. Over the years, the occupancy has changed multiple times. According to Stewart, there’s a big group of musicians whom he considers to be Bandits. Amongst them are Norman Blake and Francis MacDonald of Teenage Fanclub.

With songs like Girl At The Bus Stop, Serious Drugs and many more, Stewart and his friends have been an influence on the likes of many other (Scottish) groups, even though the man himself is probably the last to blow his own trumpet. Kurt Cobain did it for him, wearing a BMX Bandits t-shirt and declaring in a New York radio show that if he was ever to play in another band than Nirvana, it would be the Bandits. Also, the first UK tour dates of Manchester band Oasis were support slots for the Bandits, as a personal favour by Stewart to his friend and Creation Records owner Alan McGee.

During the interview after the session, Stewart talked for more than an hour about Glasgow, BMX Bandits, the city’s music scene and other topics. For now, it is truly with great pleasure that I present to you the session with BMX Bandits with the beautiful city of Glasgow in the background. Enjoy the two covers and one Bandits song Duglas T. Stewart and Stuart Kidd played for us at The Lighthouse in March.

Do You Really Love Me (Daniel Johnston)

Not Knowing You (BMX Bandits)