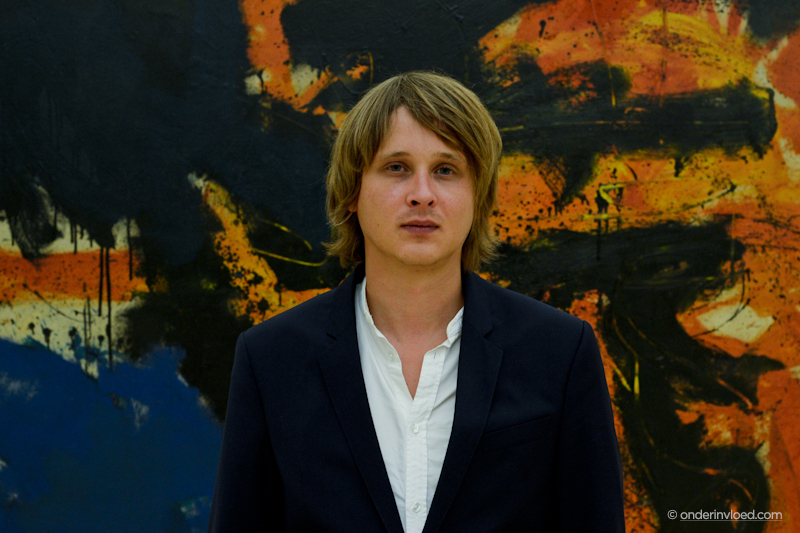 In November it’ll be four years since I joined Bertolf Lentink in Carpentras in the south of France where he recorded his third, self-titled record. Filming and witnessing that process I developed even more admiration for his talent. His songs were more personal and more than ever he went for what he wanted to make. Even his band members seemed to be overwhelmed after recording some of the songs. After taking a break from his solo career, doing some collaborations and becoming a father, Bertolf’s back with First & Then, released last Friday.

Read my article about Bertolf below the videos. This session was recorded at the beautiful Museum De Fundatie in Zwolle.

Leading Me Now (The Tallest Man On Earth)

Gold In Them Hills (Ron Sexsmith)

It was in a phone conversation in the summer of 2012, months after the release of Bertolf that I asked him to participate in an event of Onder Invloed, when he confessed he was done being a solo musician, at least for the near future. The pressure of being a front man, having to deliver on all kinds of levels felt too much. He founded the new band Color Reporters with his long-time friend Bas Wilberink and toured the theatres with Dutch actor, musician and writer Kasper van Kooten.

But, as probably many others and I secretly were hoping, it didn’t take too long before Bertolf started writing songs that were not meant for Color Reporters, but for a future solo record. Earlier this year he recorded them with producer Martijn Groeneveld at the Mailmen Studio in Utrecht, and last Friday First & Then was released.

And thank god he didn’t stay on hiatus for too long, because it would be a huge waste of talent. This album picks up where the last one ended and is another beautiful record by one of the most talented songwriters I’ve ever filmed and known. There are too many great songs on there to name all of them, but every songwriter around should and would be grateful if they only ever wrote one or two songs like First & Then, Wrinkles or Heart Shaped Hands. Or any of the twelve, for that matter.

Bertolf calls this his coming of age record; he writes about getting older, becoming a father and leaving behind some of his insecurities, about learning new things and forgetting others. Whether to be cynical or naive, or both. Listening to this record feels like you’re getting to know Bertolf, you’re almost right there in his living room watching him on his couch with a guitar, writing these songs.

Last Wednesday and Thursday Bertolf played two release shows, in Zwolle and Amsterdam – with Theo Sieben (Paulusma) in his band, by the way – and I’m probably overdoing it with the superlatives but they were spot on. The band played the entire record, completed with some older songs and a couple of covers, and they didn’t lose the crowd’s attention for a single moment. So many good musicians on one stage, playing these songs, what can go wrong?

Anyway, this session. We were honoured that Museum De Fundatie in Zwolle, where Bertolf lives, agreed to let us film on a day they were closed. We filmed the covers in a room with paintings of the Dutch artist and writer Jan Cremer, and also the originals in the elliptically shaped superstructure on the roof – called The Eye, or The Cloud – with a brilliant view on the city. We filmed more songs than I feel I can throw on you at once, so we’ll start with the three covers plus First & Then. The other videos will follow in the weeks to come.

There’s no better way to tell the story of this record and musician than through his own words, so I’m ending this article with a another couple of lines from the title track:

Previous session
Session by Bertolf in 2009