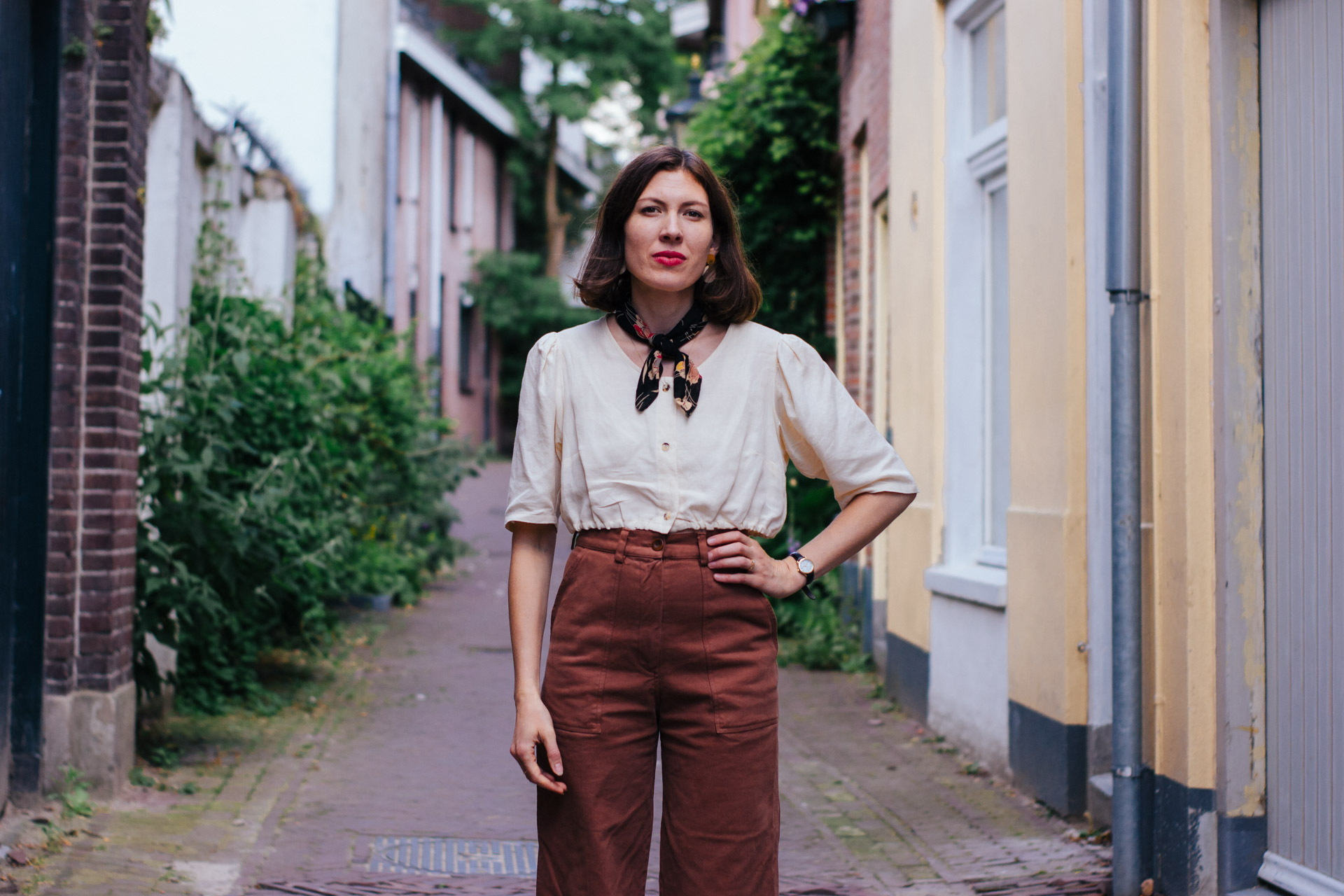 The first time I heard Alela Diane was live at the Motel Mozaique festival in Rotterdam, back in 2008. The Pirate’s Gospel got a European release in 2007. Here was this folk singer, encompassing everything I love about traditional folk music in modern day folk songs, sung with her brilliant voice. Her latest record Cusp had a similar effect on me. For this she ‘locked’ herself up for three weeks in a cabin surrounded by snow, with nothing but a wood stove, her guitar and a piano. I guess we should be asking her for tips on how to make it through these times of self-isolation and social distancing. Instead we talked – back in 2019 – about the power of traditional songs and motherhood in this complicated world.

Growing up listening to traditional songs.

“I tend to write about what’s going on in my life. So, when circumstances change, so does my work. As life has gone on and I’ve gotten older, my songwriting has evolved stylistically a bit and also circumstantially. I started playing piano in recent years, so that changed my writing.” It has always been that way, Alela Diane explains. “When I started writing music it was a pretty dark moment in my life. I was nineteen, my parents had just gone through a divorce and I was really sad. So, I started writing songs as a way to process that grief and taught myself how to play the guitar at the same time.”

“As you know, because he just performed on the session with me, my dad is a musician. He and my mom sang a lot of songs together when I was young. I grew up listening to them play a lot of traditional songs, in bluegrass bands. That was the music I heard when I was really small; just my parents playing music. Because of that there’s a whole handful of traditional songs that I know, in my heart.”

“I appreciate the history in traditionals.”

Now, if you don’t know what traditional songs are, let me explain. They are very old folksongs, that go so far back in time, a lot of the time it’s unknown who wrote them. People would play and sing them and memorize them. The songs travelled to different countries or continents, living on for many years. Make sure to also check out the two records with traditionals I initiated with contemporary musicians. “There’s different versions of a lot of the songs because of the way they traveled from one place to another. By word of mouth rather than recordings, originally. Some songs have gone off and have become two different songs. I’m really fascinated by traditionals.”

“What I like is that they’ve been passed down by people and that you can make them your own. I appreciate the history in them and their timelessness. They are often quite simple, just because people had to be able to memorize them. It’s effective, they stick in your mind like that too.” It’s easy to draw a comparison between traditionals and Alela Diane’s own work. “My guitar playing is often quite simple, you know. Similar to traditional music: there’s a couple of chords and the song goes around that.”

“There’s plenty to dredge up.”

Like always, Alela Diane’s main inspiration is life itself. “I’m raising two small children: two daughters. My life has changed a lot because of that, and I find inspiration in that experience. A lot of Cusp definitely explores that new experience. And as I continue to write new songs; there’s inspiration everywhere. In the history of my own life, there’s plenty to dredge up and have something to say about.”

“The state of the world as well. It’s crazy right now. There’s definitely inspiration in that. I’m always rattling the juxtaposition of all the goodness in the world and all the darkness as well. I often am grappling with that in my songs. My children see the world with such fresh eyes, and they bring a newness to every experience that we have. They haven’t yet seen the tragedy of the world that is in our faces all of the time. I think becoming a parent, you also become this protector, so I’m always in that mode of how do I protect my kids from the dangers of the world? I think I feel it all a lot because of that. Songwriting for me is a way to process all of those experiences.”

“I love the experience of writing. And I really enjoy being given the opportunity to actually record the song and make it what I intended it to be. That’s all part of the same process to me. Writing the song, I get a lot of joy out of that. And then capturing it in the studio. Because I’m a parent, I don’t have a lot of extra time. So, when I do have time, I’m usually pretty good at just getting to it and unpacking. On this tour, I’ve been writing quite a lot. It’s probably because I now have space and time to reflect and hear myself think.”

“I appreciate a lot of simple music. Townes van Zandt, Joni Mitchell or Neil Young I would count as influences. Really well-written songs are what I appreciate most. I love Carol King and Fleetwood Mac songs. So does everyone because, I mean, they’re good!” Tom Menig – Alela Diane’s father – interjects: “Music of the great generation.” Alela laughs and replies: “Music of another generation for sure.”