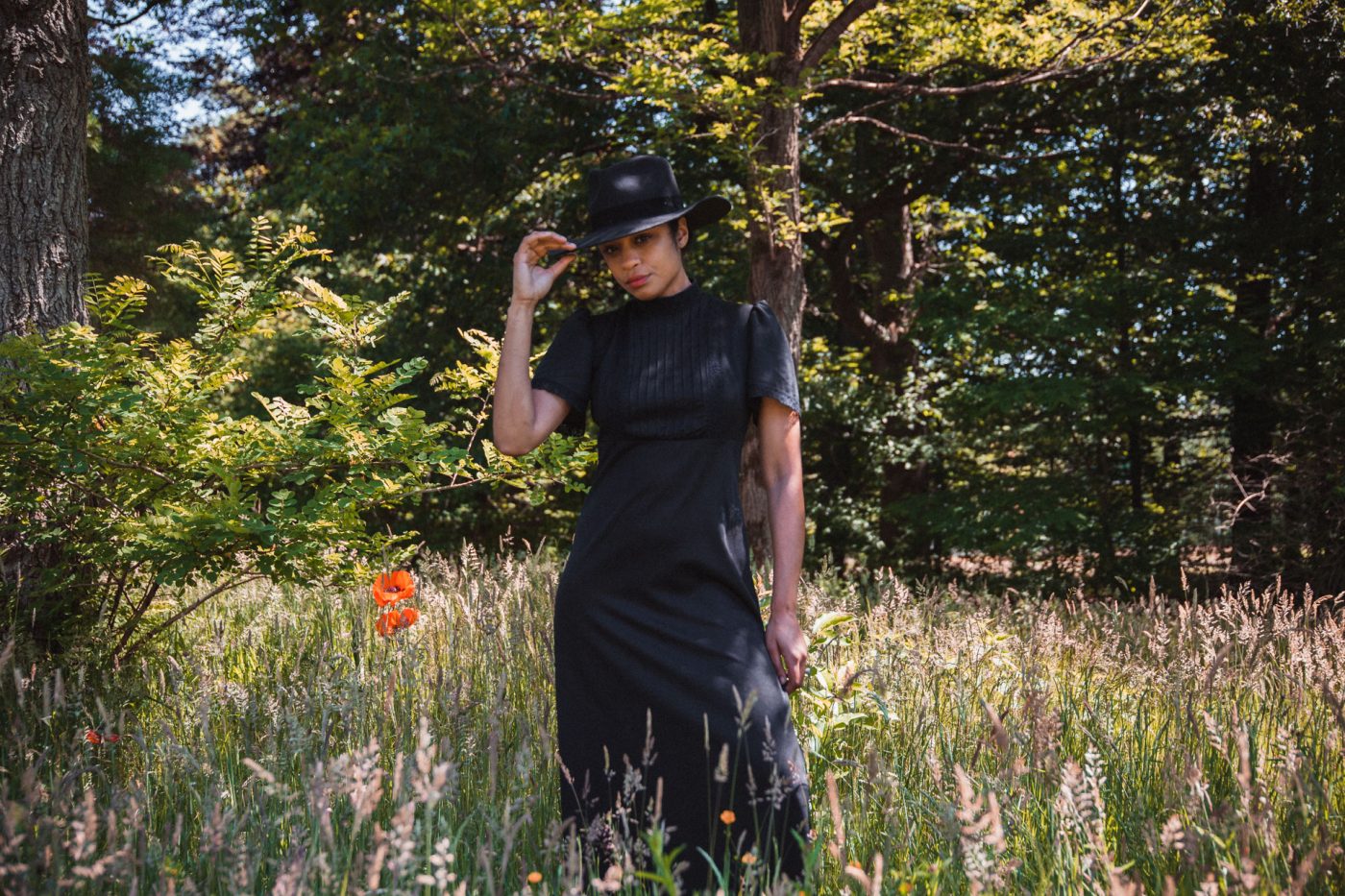 A lot of people sing the blues. Not many do it quite like Adia Victoria does. Her third record A Southern Gothic blew me – and many others – off my feet. In June 2022, we met at Marien Dorleijn’s Studio Hiwhi and filmed My Oh My, and covers of Erykah Badu and Bukka White.

Adia Victoria has something that’s completely unique. When she sings, you get the feeling that no other person alive could sing these songs. They’re hers. The American artist has drawn influence from a wide range of sources, including blues, rock, and soul music. She has cited artists such as Janis Joplin, Etta James, and Led Zeppelin as key influences on her musical style – while also naming writers such as Toni Morrison and Tillie Olsen as major inspirations.

A Southern Gothic, her third album, released in 2021, takes its name from the literary sub genre, which is characterized by its use of dark, brooding themes and its depiction of the harsh realities of life in the American South.

The album’s lyrics explore themes of love, loss, identity, and the effects of racism and discrimination. Victoria’s powerful vocals and emotionally resonant lyrics are set against a backdrop of blues, rock, and soul-infused melodies. NPR Tiny Desk‘s Bob Boilen once wrote: ‘Adia Victoria’s voice is powerful and direct, with no artifice; it carries the singular perspective of a Southern black woman with a Seventh Day Adventist upbringing, who never felt like she’d fit in.’ To Rolling Stone, she said: “I wanted to make this young Black girl’s narrative just as emblematic of a Southern experience as Faulkner could write.”

Come lay your flowers on the ground

Single South Gotta Change was my first encounter with her music, and I spent a lot of time listening to her earlier records Beyond The Bloodhounds (2016) and Silences (2019), before getting blown away by Magnolia Blues and the full record.

The album includes a mesmerizing cover of Blind Willie McTell’s You Was Born To Die, on which Adia Victoria invited Kyshona Armstrong, Margo Price and Jason Isbell to sing and play on it too. I got in contact with Adia Victoria’s music because of Price’s praise of her work, some years ago. We got in touch online for a bit during the pandemic and made plans to film at some point.

So, in June 2022, with my daughter only a couple of weeks old, nothing could stop me from filming this session. With the help of Moss singer and producer Marien Dorleijn and Sterre Chung, we filmed covers of Erykah Badu’s On & On and Bukka White’s Parchman Farm, plus her own song My Oh My. And my oh my, it was good. Watch for yourself.