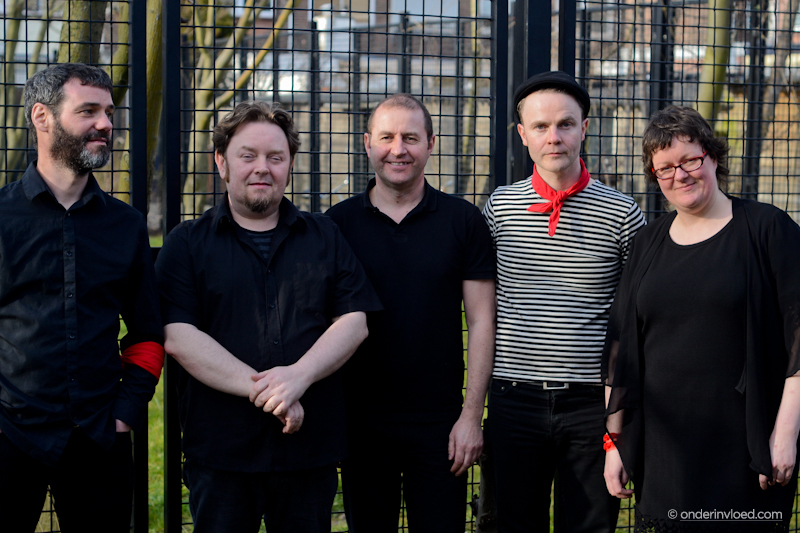 It was a rainy night in Glasgow when I hijacked Biff Smith’s computer to play him some Dutch songs. Knowing the A New International singer’s love for French music, I put on Ramses Shaffy, who was one of The Netherlands’ most famous singers. Little did I know I would end up a few years later filming A New International in my backyard with Smith singing Shaffy’s Sammy, IN DUTCH!

A New International, formed from the ashes of The Starlets, played their first Dutch shows in years last weekend, visiting Nijmegen, Deventer and Utrecht. On their Saturday off, I got them to play a couple of songs in my backyard. Another song from this session will appear soon. As soon as the shock of hearing a Scotsman – without official training – sing in Dutch wore off, I started editing this. I still can’t believe my ears, as he does a really good job. Most of the band never even heard the original before we filmed this.

Ramses Shaffy (1933 – 2009) was born in Paris, but spent most of his days in Amsterdam. He worked with Liesbeth List and wrote many songs that became famous, like Laat Me, Pastorale, Zing, vecht, huil, bid, lach, werk en bewonder, We Zullen Doorgaan, Sammy and many others. Recently there was a drama series on Dutch televion called Ramses which was awarded with an Emmy.

A New International released their first album under this name in 2015: Come To The Fabulon is a mixture of everything that was great about The Starlets and influences from French and Spanish music. After playing a decent amount of shows in The Netherlands as The Starlets in the past, they have now been back with the new record and are already planning their next visit.