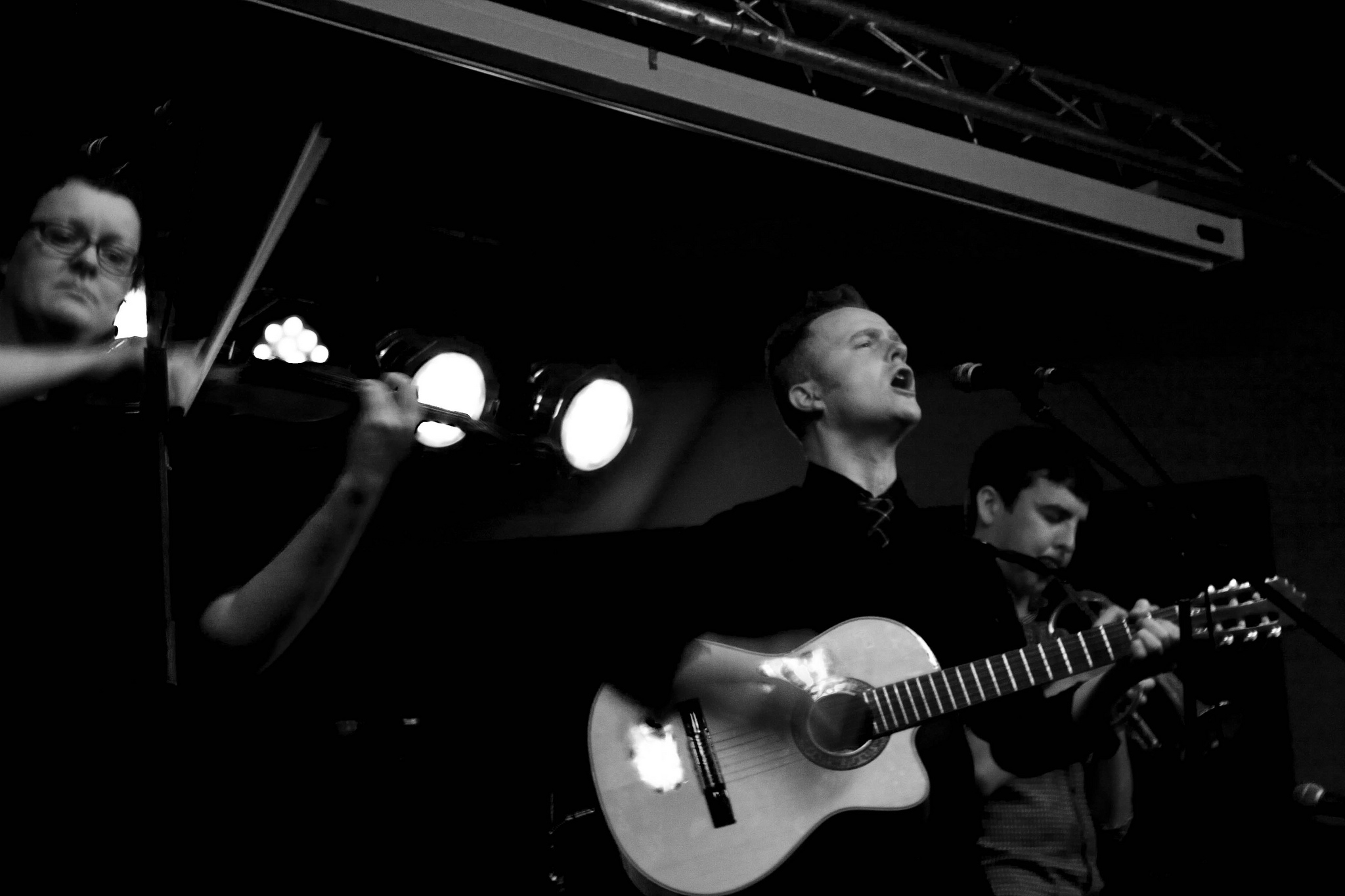 What. A. Night. I’ve had the idea to only post those three words, because I have been having difficulties finding words to describe our ‘The Influences‘ night at The Glad Cafe in Glasgow from last Thursday. That sucks, as a writer. It made me feel like a boxer without hands. A very happy one though.

The idea behind this night was basically to get a bunch of musicians into the same room on the same day and to film sessions with them. This way I wouldn’t have to spend my time in Glasgow running around the city and film a session every day of the week. This simple idea became something quite special.

The first time Rachel and I walked into The Glad Cafe, we both knew, on the doorstep, that this place had been the right choice. It has a wonderfully warm feeling to it that makes you just want to spend a lot of time there. Sitting, drinking coffee or tea, reading, writing, talking, whatever.

In the back of the bar area are the doors to the venue that turned out to be practically sold out that night. Only six tickets were left unsold. I couldn’t have asked for anything more for Onder Invloed’s first ever event outside The Netherlands. The people that showed up were ideal; talking was done in between sessions, not during and great performances received big applause.

Beautiful performances were there, mind you. First off there was the intriguing dark voice of Les Johnson And Me, followed by mind-blowing guitar play by Paul Tasker – who was joined on stage for a song by Doghouse Roses singer Iona Macdonald, and BMX Bandits’ Duglas T. Stewart with his friends who reminded us all that there’s nothing better than having a smile on your face. Ryan Joseph Burns introduced Tommy Reilly with whom he is busy writing songs while still working on his solo debut EP, and Biff Smith’s band A New International showed they are better than ever by playing a set that dropped jaws all the way to Edinburgh. Alasdair Roberts had people gazing closely covering Leonard Cohen and Three Blind Wolves covered Bruce Springsteen and The Band, and told- fictitious – stories about Dutch dungeons while bringing a rocking end to a night that was better than in my wildest dreams.

Thank you musicians, thank you Glad Cafe and all of your lovely staff, thank you audience. Looks like we’ll be back some time. Keep coming back to our website to see the videos of this night popping up over the months to come! And like our Facebook page, while you’re at it.

All photos by Iona Macdonald.