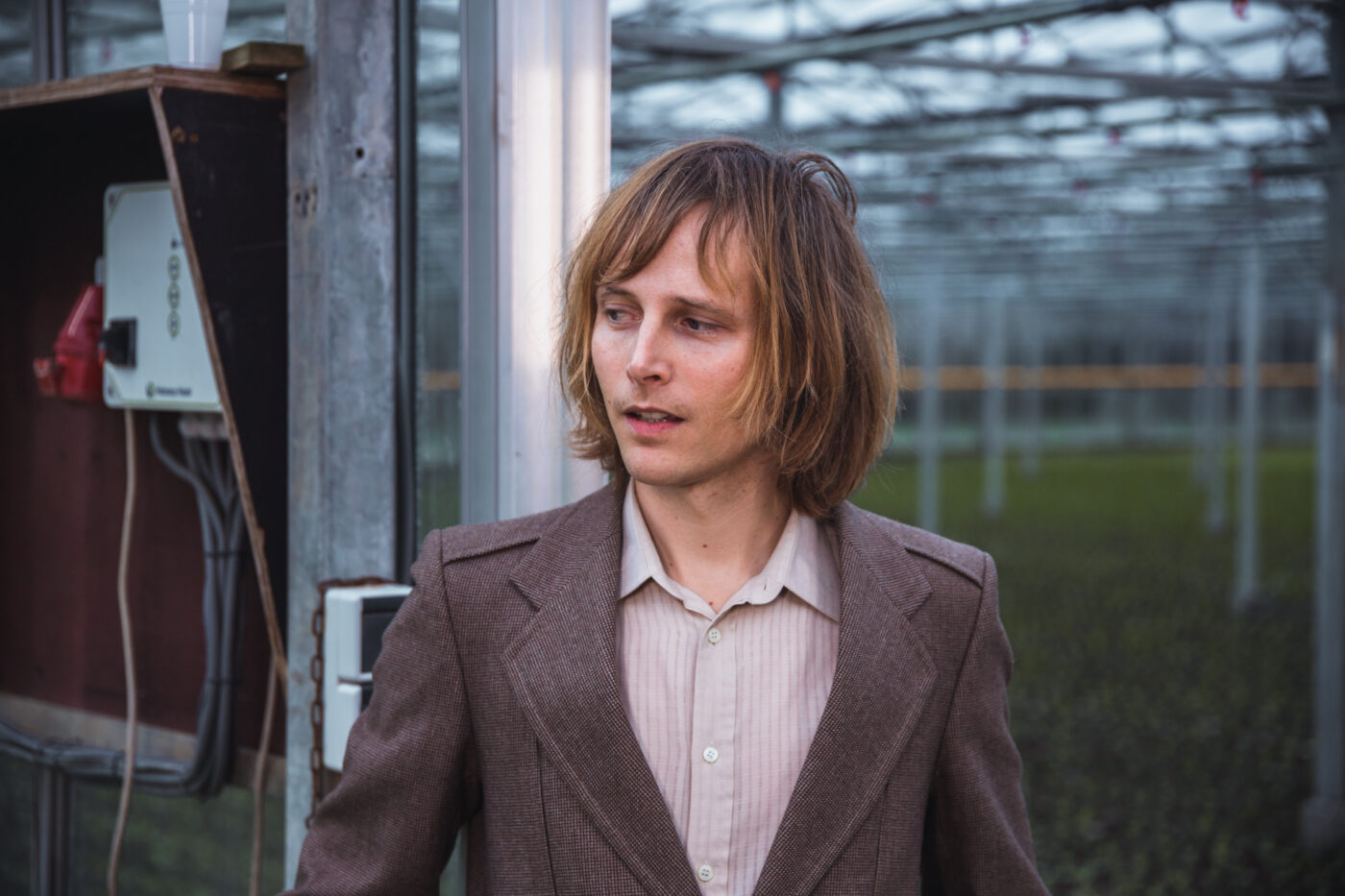 Fourteen years ago, I met Lars Kroon. At the time, he played bass in the later very successful indie rock band Go Back To The Zoo. A lot of time has passed since those years, and I was – pleasantly – surprised when last year Kroon released his latest solo record as Toverberg. Happy Life is a diverse and interesting record, with some songs that settle in your mind instantly and some that take their sweet time but in the end do the same. Minutes after I filmed the Elephant session in a greenhouse, Toverberg joined me to record covers of Spacemen 3 and Silver Jews, as well as the album’s title track.

Asked why he chose these artists and songs to cover, Kroon sent two short texts explaining how they influenced his work. You’ll read it below.

‘Trying to be a good person, against all odds’

‘Before there was Spotify and long before I could afford a record player I spent a lot of time looking for mp3’s to download. I remember being very excited when I finally found the complete Spacemen 3 discography. It included many versions of this song, sometimes called Sound of Confusion. It blew my mind. I’m a sucker for 2-chord songs, and I think this is one of the best ever recorded.’

‘It combines a lot of things I like in music. Gospel, psychedelic vibes, drones and blues. It’s the Stooges combined with those gospel records Elvis recorded, blended together with La Monte Young and a bit of Velvet Underground. At the same time: it’s none of that. There’s a timeless coolness to their music, and a lot of it has to do with a sense of imperfection. At least that’s what I think. I think the lyrics are great too. To me it’s about morality: trying to be a good person, against all odds. That’s something I write about a lot too.’

‘When the poetic goes hand in hand with the ordinary, the magic starts’

‘I love David Berman. His lyrics are clever, beautiful and full of humor and self mockery. I like that. I love it when the poetic goes hand in hand with the ordinary, the triviality. That, to me, is where the magic starts.  But most of all: His lyrics feel sincere. I’ve recently started doing solo shows, as a singer-songwriter and I’m focusing more and more on lyrics. That’s something I’ve learned from him: you can be personal and sincere and it can still mean a lot to other people.’

Location
A greenhouse
Ridderkerk, The Netherlands