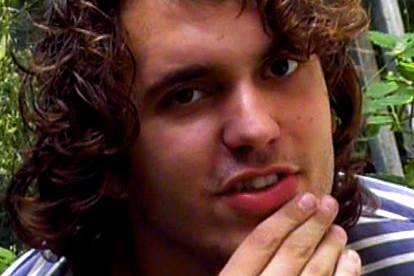 There’s something to having two brothers in one band. Go Back To The Zoo‘s got Teun and Cas Hieltjes. It’s one of the few beginning bands where all the right musicians are in the right places. They know what they’re doing, now it’s up to the audience to find out. This is the first sessions in which a Dutch musician is covered: Lucky Fonz III.

Go Back To The Zoo is all about rock ‘n roll. No messing about, get the guitars, bass en drumkit, and start playing like a wild animal. They might only be in the beginning of their music careers, but they’re well on their way, playing support shows for all kinds of foreign bands. It’s not that hard where they got their sound from, obvious influences are bands like The Strokes and Kings Of Leon. No wonder they played a song of both these bands on their Onder Invloed session.

More of a surprise should be their cover of Lucky Fonz III’s ‘Hallelujah’. Singer Cas explained it’s because of the lyrics Otto Wichers (LFIII) writes. “Otto’s lyrics are always great, aside from that, he’s a good friend and I’ve always wanted to play this song with the band.” It worked out very well, a full band version, where Lucky Fonz III plays it as minimalistic as possible, using only one string during most of the song.

All there’s left to say is: go and see this band live, if you’re lucky (no, not you Otto) it’ll be a nice raw performance as if they’re literally playing in your garage, sitting on some crates of beer.

But first, of course, please watch the videos of this session with ‘California Waiting’ by Kings Of Leon, ‘The Modern Age’ by The Strokes and ‘Hallelujah’ by Lucky Fonz III. If the videos underneath are too much for your little Windows pc, you could also go to YouTube.