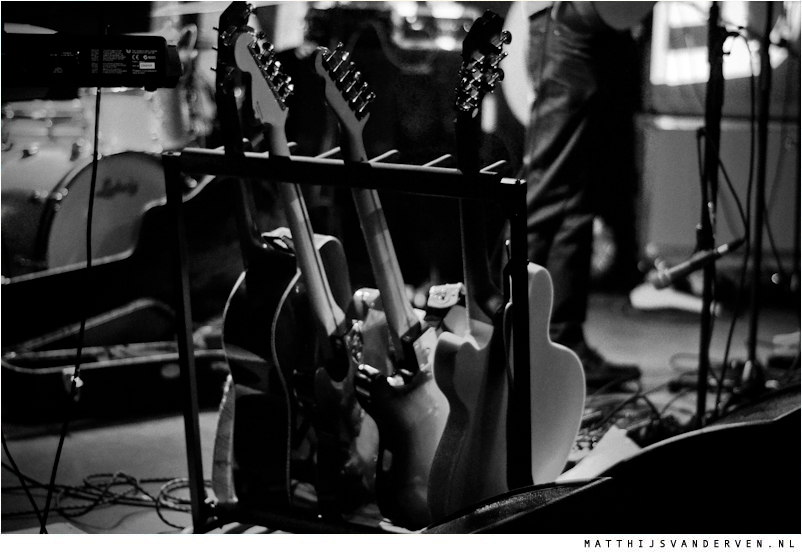 I think it’s about time to start introducing the musicians that will play live at the Onder Invloed shows in Utrecht and Zwolle. This month we have live shows on Thursday the 17th (EKKO) and Friday the 25th (Hedon). Playing at both shows, on their second Dutch tour, is the Scottish band The Seventeenth Century. ‘A Hebridian take on The Beach Boys’ according to The Daily Record.

I first met these guys downstairs at a bar in Glasgow, February 2010. Biff Smith of The Starlets took me to The Admiral to see them play. The band, with horn player Mike Truscott who also plays in The Starlets, played as if they were standing in front of millions, even though there were about a hundred people at the venue. That night, not long after they got off stage, I told Truscott they should come to The Netherlands.

Three months later, they played at ‘De Neude’ in Utrecht. And they did well. Rudy Mackay – 3FM radio dj and host of the evening – wondered ‘how such young guys can sound so mature‘ and thought it was ‘amazing‘.

Two months later, they played a huge festival in Scotland, called T In The Park and one of Britain’s most famous venues King Tut’s Wah Wah Hut in Glasgow. Since then, they’ve been working on two EP’s and their debut album. The first EP ‘Part 1’ was released in January, the second ‘Part 2’ will follow this month. Both of them will be on their merchandise table, available on vinyl.

A journalist called John Robb once described them pretty accurately so who am I to try and top that. “They sieve the folk through a tough, dislocated bass and drums power that hints at post rock dislocation whilst their brass and violin also give a nod to the dark, brooding soundscapes of the recently reformed Godspeed You Black Emperor as well as the Dirty Three- whose story telling, violin plucking air of dissolution they also hint at. They also ooze a cool and passionate intensity as they transport themselves and the audience to somewhere entirely different. Their sound is utterly original and the band is pure genius.”

Their guitarist Ryan Joseph Burns is also a gifted singer songwriter and will play a very special unplugged after show in the bar area of EKKO as well as a solo set on stage at Hedon. More on him next Wednesday. The Seventeenth Century will most likely blow all of your minds if you attend the EKKO or Hedon shows next week. While on tour in The Netherlands, they will also be demoing new songs for their debut album which they’ll be recording later this year. For other dates on this tour, take a look at the bottom of this post.

Keep an eye on this website, as we’ll publish a very special session with the band, recorded last year. I promise it’ll be amazing.

Roses In The Park (Amsterdam FM)