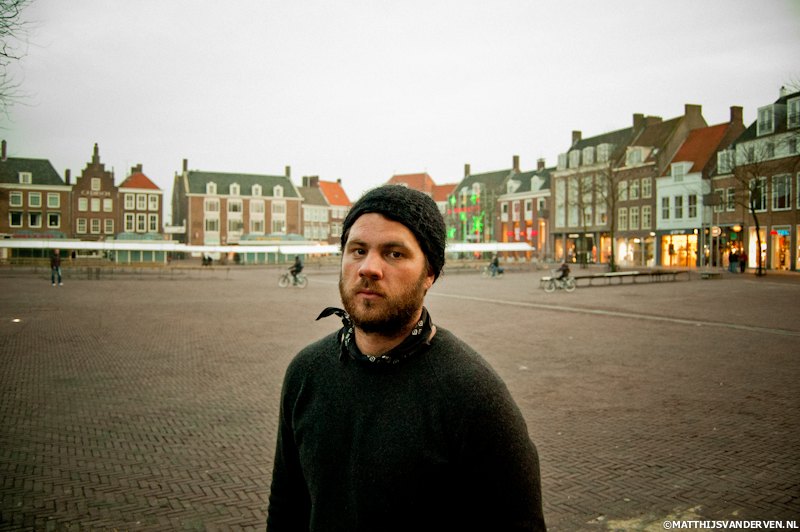 In Middelburg, in the far South West of The Netherlands, there’s this guy called Tonnie Dieleman, who organises intimite live shows called ‘Avonduren‘. One day he called to ask if I’d someday like to make my way down to film a session. As soon as I noticed Ben Weaver would be playing in February, the answer was a definite yes.

This session was recorded in an espresso bar called Ko ‘d OOOOOOOOR, where Weaver played songs by Dylan, Elvis Costello and Townes van Zandt. Weaver himself somewhat reminded me of Damien Jurado. The late author Larry Brown once said: “Ben Weaver is the most exciting young songwriter I’ve come across, an American original whose voice and guitar are matched only by the power of his words. His songs are an incredible, haunting gift of music.”

In Middelburg, Weaver captivated the Onder Invloed camera first and the Avonduren audience later that night, with integer and fine songs. Besides the videos you’ll underneath, Weaver also recorded a Neil Young cover and a version of one of his own songs, that’ll no doubt find their way to this blog sooner or later.