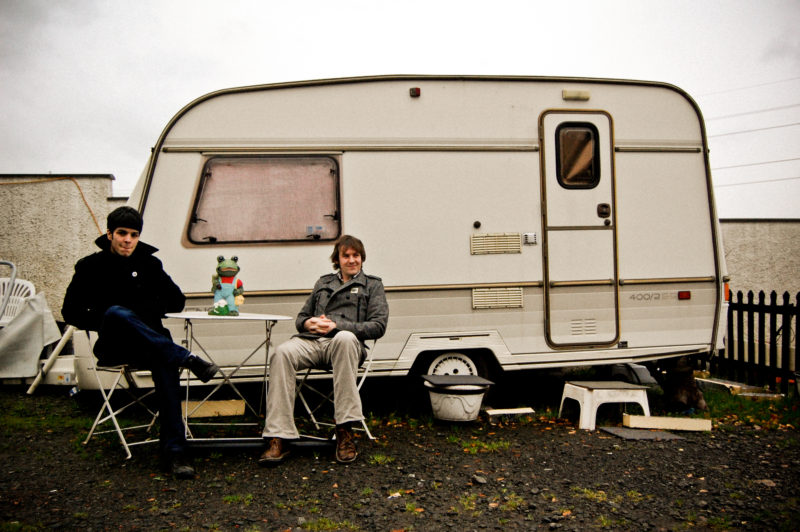 In November 2010, I flew to Glasgow to film the album release show of Doghouse Roses. Occasionally, Paul Tasker and Iona MacDonald are now backed by a band. Their drummer Stuart Kidd, I had met before, when recording the BMX Bandits session in March 2009. Kidd also plays in his own band, The Wellgreen, with which we recorded this session.

Kidd, also a music teacher in Glasgow, picked me up from Tasker’s and MacDonald’s flat in the centre of the city, to drive to a place in the country. Somewhere up on a hill, the other member of The Wellgreen, Marco Rea, lives in a beautiful house, with a view to remember. This session, as are a lot of them, was one of one-takes.

Let this session be a warm introduction to this band and make sure to get their debut album ‘Wellgreens‘, released in November 2010. Spring will never be better.

Two Of Us (The Beatles)