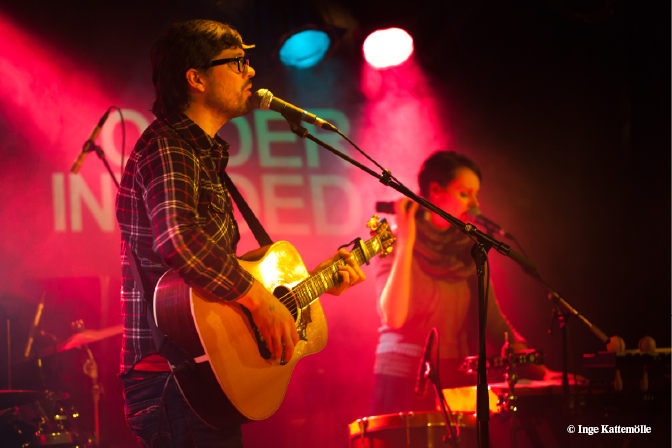 On Thursday the 17th of March, the London based duo Rue Royale played at the Onder Invloed night at EKKO in Utrecht. They played songs of their debut album, covers and songs of their new album ‘Guide To An Escape’. We filmed their set and now present three songs on video. You won’t regret watching them.

We would like to thank Sidney Vollmer for helping film this show. If you like what you see, don’t hesitate to buy Rue Royale’s ‘Guide To An Escape‘.

Draw Down The Stars (Tom McRae)

Keep coming back to OnderInvloed.com to see videos of this night with The Seventeenth Century and Marien Dorleijn (Moss).