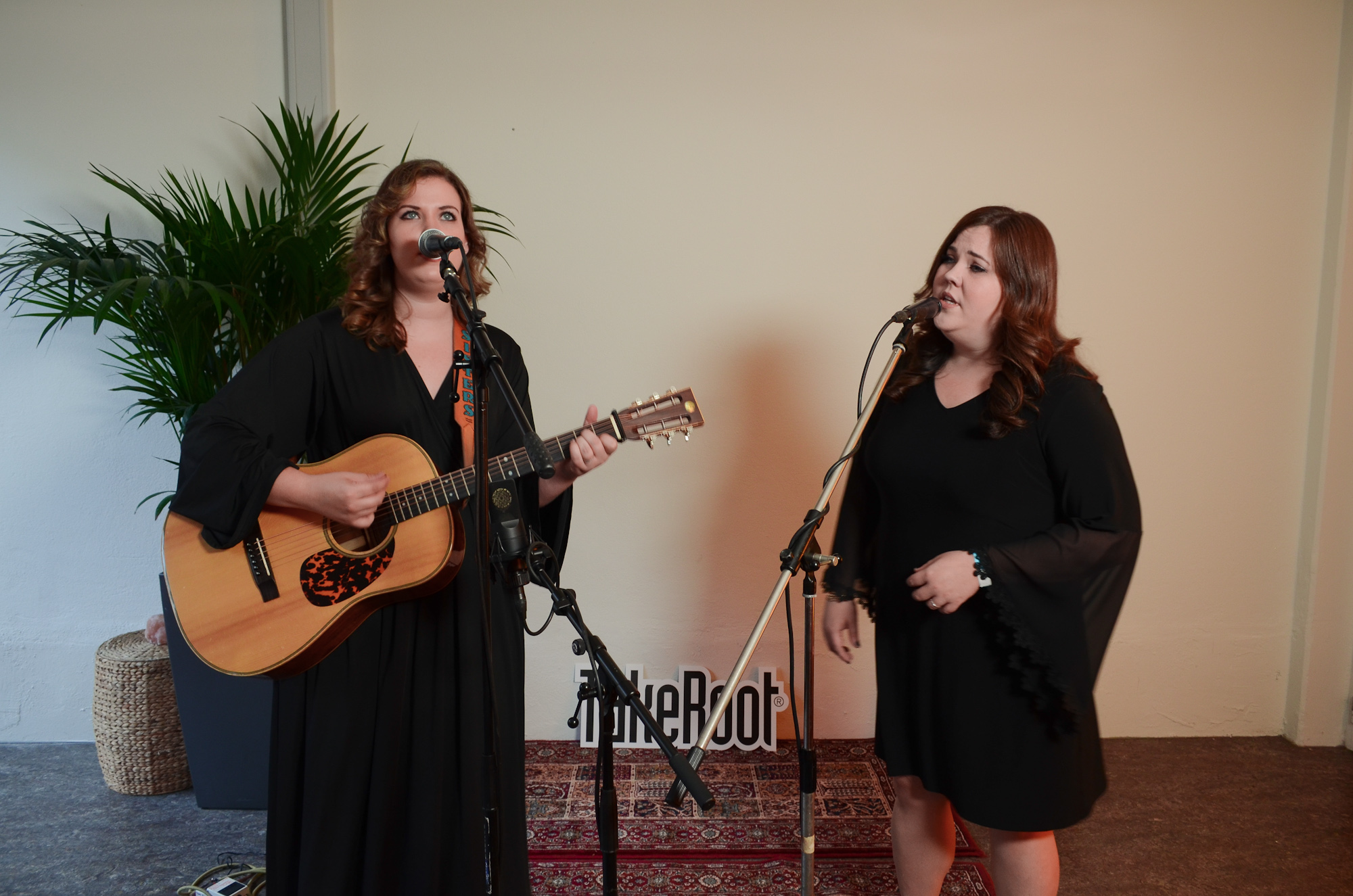 If you’d asked Laura and Lydia Rogers some time ago, they’d have told you that there might never be a third The Secret Sisters album. They really didn’t know if it would ever happen again. But, luckily for all of us, it did. And now there’s You Don’t Own Me Anymore; a record sure to make its way into your heart. All you have to do is listen.

‘We grew up in the same town, so I’ve known them since they were very little. They are incredible.’ We’re driving towards a gym in Groningen in my car and I just told Jason Isbell – who’s in the passenger seat – that I’m about to film a session with The Secret Sisters. It’s instantly clear how much he likes them. Well, he’s not alone.

Listen, to the title track, The Damage, Carry Me, the funny He’s Fine or the album opener Tennessee River Runs Low they recorded in this session. The sisters – whom I first saw live opening for Ray LaMontagne in Utrecht back in 2011 – managed to write a dynamic collection. Inspired in some part by their self-proclaimed ‘terrible choices when it comes to choosing men’ (although now both married, happily) and the other troubles they’ve endured.

A Classic Tale
If you haven’t read about the sisters’ start in music, you’re in for a treat. It’s a story seemingly coming straight out of a movie: two sisters who used to sing together in their house in Alabama, but not anywhere else, entered an open audition in Nashville. The end result: a record deal and opening tours for LaMontagne, Bob Dylan, Paul Simon and others.

What could go wrong, right? Well, it is a classic tale I’m afraid. Not long after the release of their second record Put The Needle Down the label dropped the two and they were left with a lawsuit, money issues and disappointment. A mess, basically.

Although they worked different jobs and tried to stay active in music as much as possible, it was doubtful if the two would ever record, let alone release music again. Thank god for Brandi Carlile. Late 2015, the sisters were opening a couple of shows for their friend Brandi Carlile – who they met when touring with Ray LaMontagne years before. They had been working on a few songs, although not very seriously, Lydia admits. ‘We played one of them at sound check and Brandi happened to be listening. She was impressed and asked us to play her a couple more backstage. “We have to make something happen and find a way to get this out into the world”, she said.’ About two months later, Laura and Lydia flew out to Seattle to record at Bear Creek, a studio in the woods outside the city.

Their song writing has always been a long-drawn affair, according to Lydia: ‘We’re more thoughtful about what we’re putting out, instead of just needing to release a record soon. We want to write songs that will last long after we’re done. I think it’s a natural evolution that most songwriters experience.’ Laura: The songs on this record are the most honest songs we’ve ever written. They’ve been written from some pretty rough times we went through. We’ve had difficult challenges to face and had to go pretty deep, emotionally. Because of that it felt more cleansing and healing.’

Paul Simon
The sisters recorded Paul Simon’s ‘Kathy’s Song’ for You Don’t Own Me Anymore as well. ‘We grew up listening to a lot of Simon and Garfunkel’, Laura explains. ‘When we were little, our dad was constantly playing their records. He’d sit down with his guitar and play their songs.’ Lydia adds: ‘Brandi asked: “Have you heard this Paul Simon song?” She loves that song for a lot of personal reasons and encouraged us to do a cover of it. And we weren’t sure if we’re going to keep it, but once we had that take, it felt magical and nice to pay tribute to him.’ She laughs: ‘And we already knew all the lyrics!’

‘Simon is such a masterful writer.’ Laura could talk for hours about him, I can sense. ‘He puts lyrics together with melodies that are so non-typical. He doesn’t say things that are necessarily very intelligent or fancy, but they’re relatable. Although he’s extremely intelligent himself, but the humanity of the words in Kathy’s Song is what makes it feel so good.’

Seeing The Secret Sisters play and record again is what made me feel good. So, with that incredible yet slightly cheesy bridge, let me leave you to watch them cover Paul Simon’s Kathy’s Song, The Everly Brothers’ Lonely Island and play their own ‘Tennessee River Runs Low below.

TakeRoot
TakeRoot is a wonderful festival for (American) roots music in Groningen. This year’s edition marked the 20th anniversary for the festival in the North of The Netherlands. The Influences filmed four sessions at the festival. This is the first.