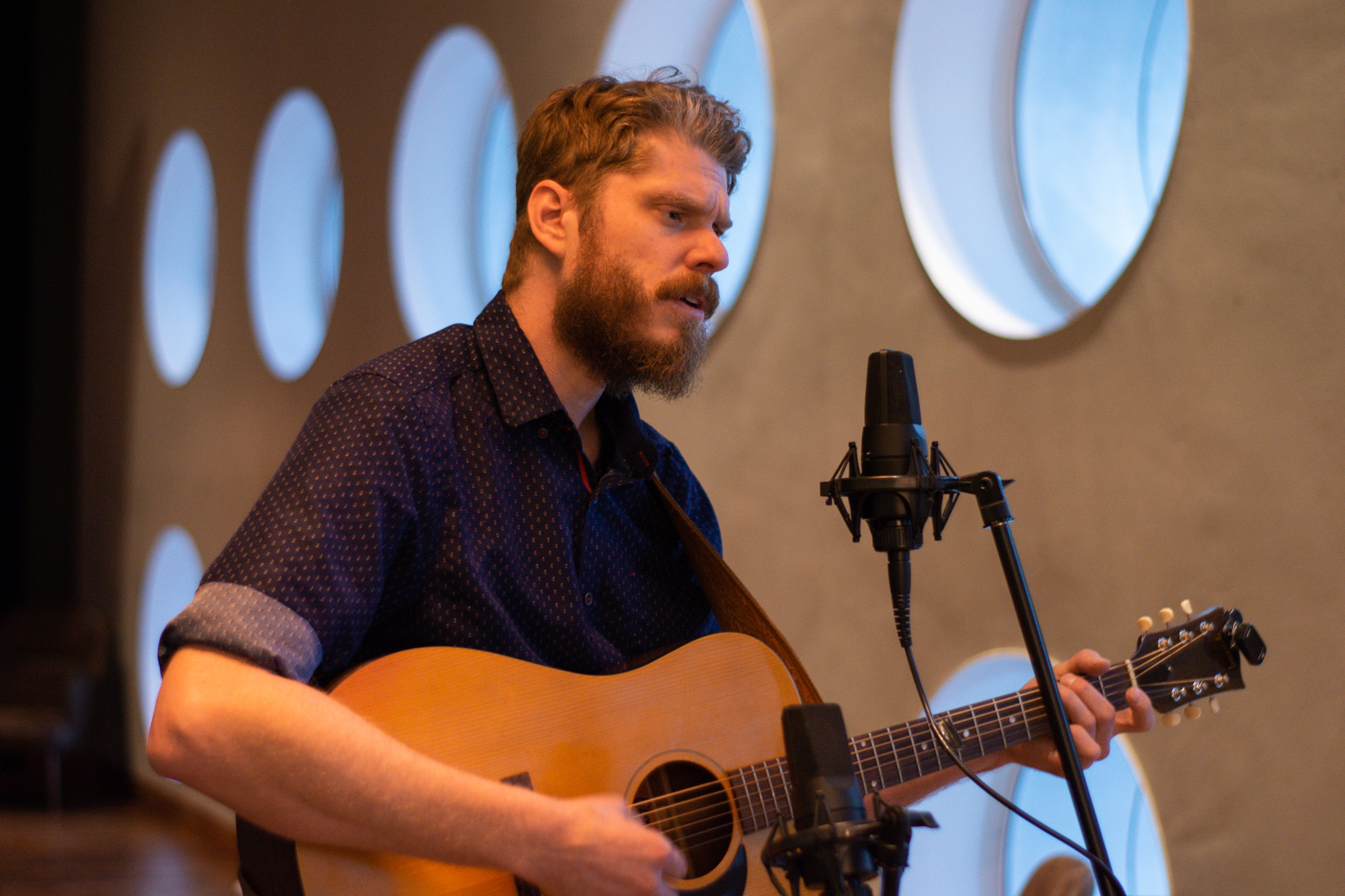 ‘The first time I really listened to Bob Dylan changed my life.’ Filming with The Deep Dark Woods’ Ryan Boldt had been on my wishlist for quite some time. The Canadian folk band produces some of the loveliest modern folk songs I’ve heard in some time. When we met up in Utrecht, Boldt recorded two traditional songs and his own Drifting On A Summer’s Night

Boldt tells me he’s rather influenced by traditional music. ‘Very much so, I started playing traditional music when I was about 18 years old, before I started writing my own songs. There’s a lot of traditional indigenous music where I come from, the Maritimes has some really amazing folk music.’ He grew up in Saskatoon, Canada, where likeminded folk duo Kacy & Clayton live as well. ‘I Left Saskatoon about 7 or more years ago and I haven’t been back a whole lot, usually I’m just in and out. A lot of my friends in town play music, of course Clayton from a Kacy and Clayton lives there now and he is one of the finest guitar players and songwriters on the planet.’

Just As The Tide Was Flowing (Traditional)

Kacy & Clayton’s debut LP was released on Boldt’s former record label Big White Cloud and the cousins now also play in The Deep Dark Woods. ‘I met Kacy and Clayton when I was living in Mortlach, which is two hours south of Saskatoon. They were living on their family farms, just young kids. We got to know each other quite well, they’d always be coming over to my place listening to records and eating borscht. Clayton then joined The Deep Dark Woods for a couple years before we went on hiatus. I love them both with all my heart.’

‘The first time I really listened to Bob Dylan changed my life, as well as the first time I heard Pink Floyd’s Piper At the Gates Of Dawn. I look up to artists that don’t care what anyone thinks of them. Shirley Collins comes to mind, Dylan of course. I wrote the song Drifting On A Summer’s Night and I got the idea from an old traditional song called Winter’s Night.

Drifting On A Summer’s Night

Boldt is quite obviously someone who takes deep dives into the music he likes. So when asked about some other Canadian acts people should look up, he answers: ‘Evan Cheadle, Kacy and Clayton, Ian and Sylvia Tyson, The Poppy Family, Stompin’ and Tom Connors.’ I know, I know, everybody and their granny has a podcast nowadays, but if you’re inclined in listening to an interesting one about music; I’d recommend The Ryan Boldt Radio Show. These podcast episodes are usually the result of one of those deep dives into the world of music.

This month, The Deep Dark Woods is going on tour again, with Kacy & Clayton. Find all the dates here.

Love Is Teasin’ and Just As The Tide Was Flowing are both traditional songs, meaning no-one knows who wrote the original.