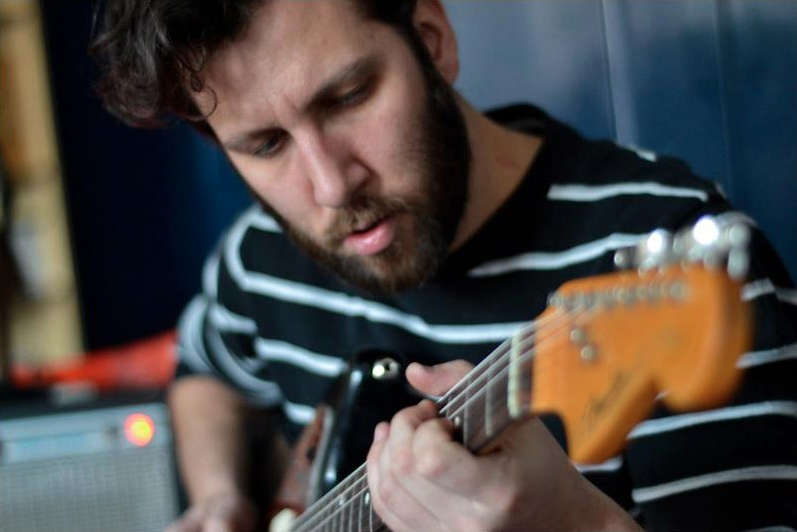 The Montreal based Thus Owls have just released their third album Turning Rocks and to celebrate, Simon Angell – also known for playing guitar with Patrick Watson – has sent us a passionate tale about his five personal favourite songs.

In case you didn’t know, Angell has released a solo album in December 2010, titled å. You can listen to it, and buy it, at Bandcamp. Do it, it was the only record I played for a month and I still put it on regularly. Because it’s crazy beautiful.

God Knows the Reason Why (Mahalia Jackson)
“If anyone ever questioned why there’s a theater named after her in her home city of New Orleans (aptly named the Mahalia Jackson Theater), all doubts would fly away in the wind the very instant they heard the opening verse to God Knows the Reason Why. Her legacy could be upheld on this song alone. When she hits that high Eb near the end (reminiscent of so many R&B singers that came after her), hairs on the back of your neck are guaranteed to raise every time without fail.”

Wichita Lineman (Glen Campbell)
“Although written by Jimmy Webb, the integral version of this tune was performed by the great Glen Campbell. Previously more known as a side man to the likes of Elvis Presley, Frank Sinatra, Nat King Cole, etc. (the list could fill this whole website!), this song, released in 1968, solidified him as a front man of the highest degree. Sung so simply, there are little to no flourishes in his interpretation of the melody. The syrupy strings, so common in those days, especially in “pop-country” crossover songs, add much to the sentiment of the lineman leaving his lady behind as he hits the road. And that baritone guitar solo! A pure extension of Campbells vocal phrasing. Not one single throw away note.”

Jason Falkner recently covered this song in his session.

Don’t Let Me Down (The Beatles)
“Everyone has their favourite Beatles song. This has always been mine since I first heard it as child. Everyone also has their favourite Beatle. Although this is a Lennon/McCartney tune, George Harrison has always been my number one of the fab four. And this song is a perfect example why. The simplicity of the guitar play, the descending, laid back chords all over the verses just get me every time. It’s not quite a lead part, but it’s more than just a simple rhythm guitar. Harrison always seemed to live in that in-between world. This song is one of the reasons I started playing guitar in the first place.”

Flamenco Sketches (Miles Davis)
“Not to take away from Miles’ brilliance, but he notoriously credited himself as composer when it was clear that the music was written by one of the other players in his group. And it seems like Bill Evans got the brunt of it the most. Although I think nowadays Evans does get a co-composer credit on this piece. Regardless, the way each player floats over the 5 modal chord changes (my peronal highlight being Evans’ Debussy-like impressionistic approach) really was one of the most important pivotal moments in jazz history. The perfect balance of technical ability and emotional finesse. It changed the way I listen to music.”

Come Una Sentenza from Once Upon a Time in the West (Ennio Morricone)
“So many reasons why this piece (and the entire body of Morricone’s work) is simply the most brilliant film music in the history of film music. But today I have but a two word review of this most spectacular piece of music. GUITAR TONE! I’d like to add that Morricone was once quoted as saying something along the lines of: ‘Music does not always have to have a melodic theme to be considered music’. I’m paraphrasing as this quote comes from somewhere buried in the back of my brain, but the idea itself has always stuck with me as something to remember when composing music.”

Simon Angell recorded a solo session back in 2009, but he also recorded one with his wife Erika as Thus Owls last year. Of that session, here’s Roots, a song from their second album Harbours.

Thus Owls (they’ve removed the ‘:’ from their name) are touring and have some European shows coming up in May. So if you’re in one of those cities, go and have a great time.

For Top 5 Songs, musicians list five of their favourite songs ever, and explain why those songs are so special. We embed a video for every song and feel that this is a nice addition to the sessions and live videos in introducing you to the influences of some great musicians. This rubric already ran for a while a couple of years ago, when people like Damien Jurado, Jelle Paulusma, Biff Smith (A New International & The Starlets), Bertolf, Alasdair Roberts and Bettie Serveert’s Carol van Dyk sent us their Top 5. You can find all of them right here.