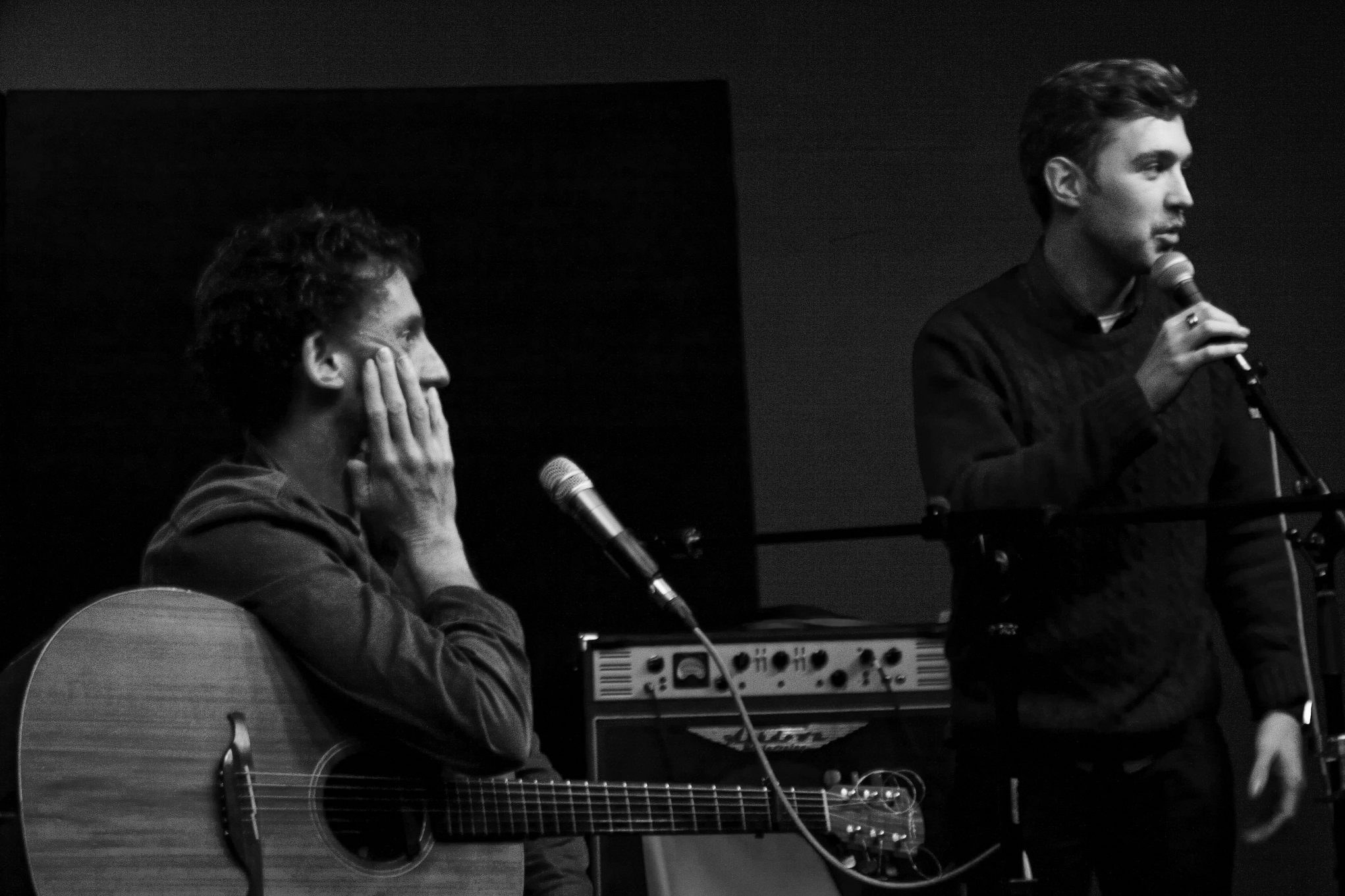 Last Sunday he ran the London marathon (well done!), but even more than his feet, Paul Tasker knows how to use his hands. On a guitar, that is. The (former) Doghouse Roses man is planning to release his first solo EP on which he’ll put both instrumentals and some songs he wrote together with Biff Smith (A New International) who sings on those as well. During our night at The Glad Cafe he gave us a taster of what to expect.

As I’ve written many times before, Paul Tasker is one of the three people that made me visit Glasgow for the first time in 2009, and many times since. Every single time I’ve stayed in his guest room, and I’ve had him over in The Netherlands for shows with Doghouse Roses. Now that Doghouse Roses is on the backburner, Paul finally put in the time and effort to record his instrumental songs. In the recent months, he’s started writing together with Biff Smith, and it looks like some of the results might end up on Paul’s EP. I can’t wait.

At The Glad Cafe, he played his own song Sky Train as well as covers by Jackie Leven and Pavement, on one of which he surprisingly was joined by Doghouse Roses singer Iona Macdonald. Enjoy this session and when his EP is being released, you’re sure to read about it right here.

Make sure to visit our website again and again, because the remaining sessions from our night at The Glad Cafe will appear over the coming weeks. You’ll find Les Johnson And Me’s session here.