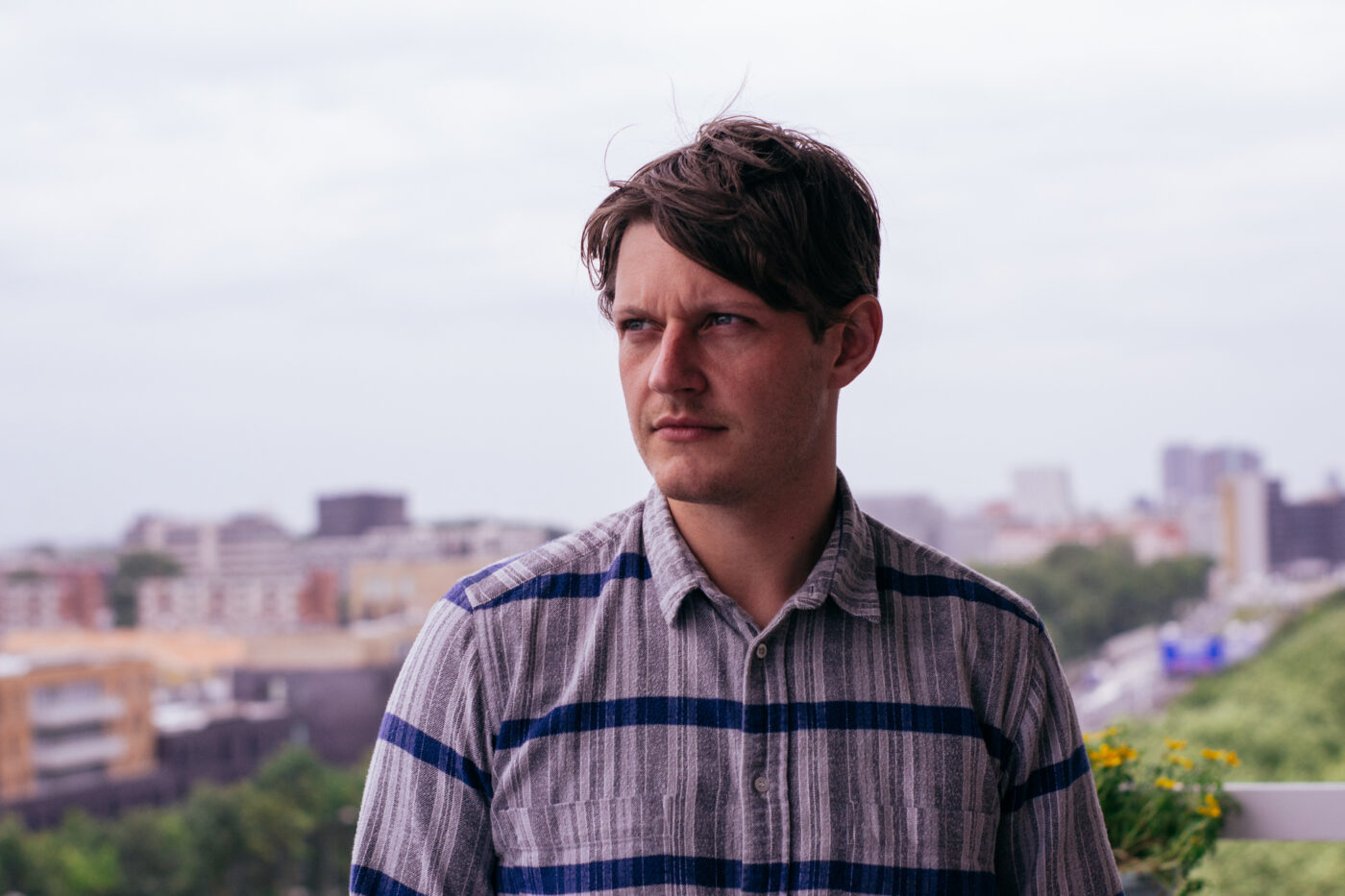 Can you imagine, working a long time to create something extraordinary, only to see its release hindered by a global pandemic? All your plans and goals thrown in the bin. Unfortunately I know quite a few people in this predicament. One of them is English musician Sam Brookes, who released his third record Black Feathers. “It was really frustrating not being able to tour the album, but I had such a great time connecting with fans and the community around my music online. We had our own release party and they were so supportive through this time. I can’t wait to get out and play those songs with the band.”

“In this moment I am hopeful and feeling creative. 2020 was actually a busy time for me and I released the album in October. So I spent most of the year planning, preparing and trying my best to promote the record from my home in lock down.”

It is my pleasure to present this session, filmed in Amsterdam in 2018 already, featuring album opener Ekarma and covers of Father John Misty and John Martyn.

“Learning John Martyn’s songs has made me a better guitar player.”

“What influences me changes really, I can get very inspired by certain songs or sounds. I get very moved by production these days. For example, currently I’m in love with Perfume Genius, all his records are great but his latest I just love.”

“Father John Misty I’ve followed for years since he went under the name of J.Tillman. So when he made the change to go under FJM I was intrigued and I’ve always just loved this song. John Martyn is a big influence of mine and Go Down Easy is such a beauty. Learning his songs over the years has made me a better guitar player for sure.”

“I found a new sensitivity within me.”

Black Feathers blew my mind. In fact, I think it’s absolutely stunning, which is why it made my favourite records of last year. “Thank you, it means a lot to hear that. I am proud of this record. I wanted to express the vulnerability that i felt in my life when I first experienced grief, which brought on a series of mental health issues. Which I explored in depth and found a new sensitivity within me. And actually I’m still exploring and I’m sure that will continue. Black Feathers feels like the start of something to me an awakening.”

“Myself and Dom Monks never really spoke of references for this album, our conversations were more abstract, as we were designing the sonics through imagery. Then we did our very best to convey that to the band in the studio. Everything was played live which I think really adds to the deep feeling on this record.”