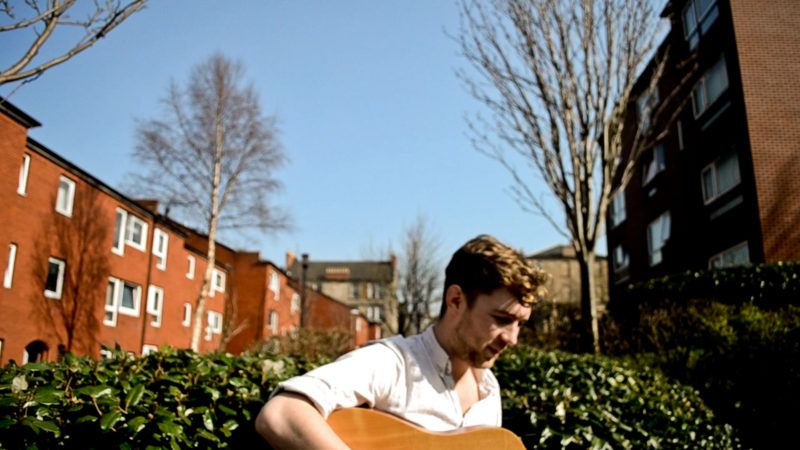 Last Month, I took a two-week-holiday and flew to Glasgow, one of my favourite cities. I brought along a camera, just for the sake of it. For most of the holiday, the camera stayed in the bag I brought it in. But meeting up with a couple of the musicians there, I soon knew it was going to be rather impossible to not film anything while I was there. So, on the last day of my trip, Ryan Joseph Burns and I looked for a place in the sun and ended up right in front of the flat I was staying in.

Burns played two brand new songs and a ‘new’ cover of Ryan Adams. If you think you’ve seen enough videos of him over the last two years, you’re wrong. It’s that simple.

Where She And I Are Born