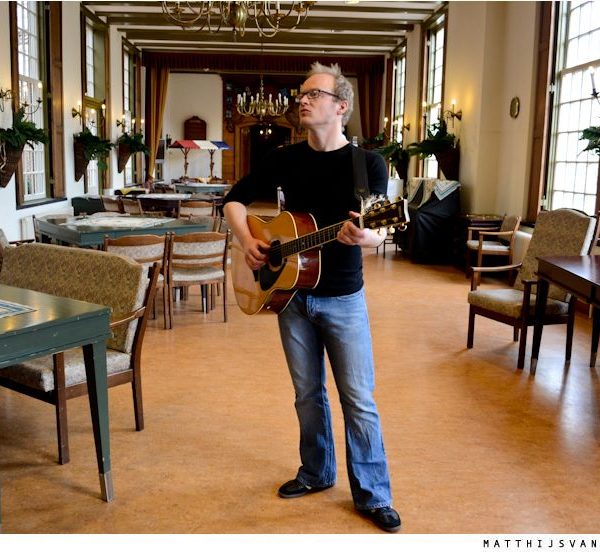 Usually, musicians play one extra song of their own after recording the covers for their Onder Invloed session, but Diederik Nomden, aka Royal Parks was on a roll. So we recorded two songs of his recently released self-titled debut album. Tonight (Wednesday the 14th) Nomden is playing his album launch at the Bitterzoet in Amsterdam, which should be a good night. Here are his takes of ‘Ask My Mother’ and ‘Doing Overtime’.

If you haven’t seen his session yet, here‘s where you want to go.