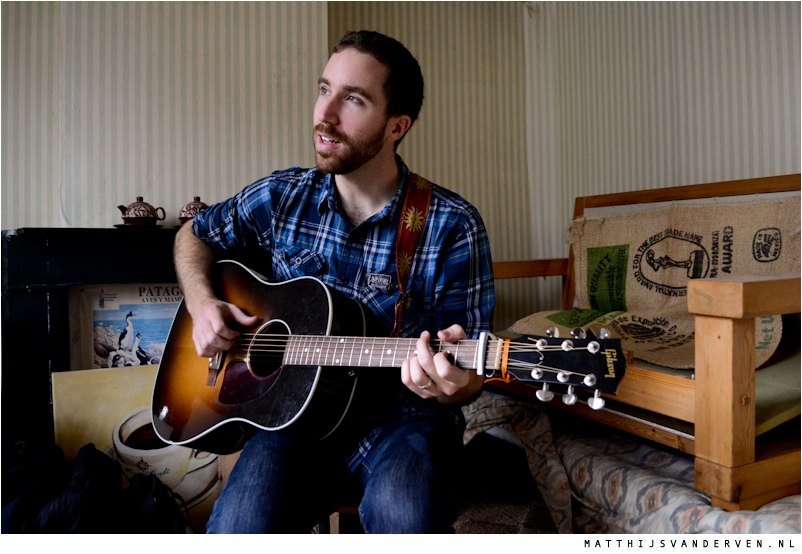 Over the last few years, I’ve attended every official Onder Invloed show there ever was, except for one in Amsterdam. I was sick as a dog and I was supposed to fly to Casablanca, Morocco the day after. That night, we had Daily Bread and Peter Katz on. I had heard of Katz via Lucky Fonz III, who had him as his support act during a tour the year before.

A Canadian songwriter who knows how to put on a show. Not the average semi-awkward, shy guy hiding behind a microphone and a guitar, but a confident performer whose songs can be poppy, but who’s always staying steadily on the right side of that delicate line. To cut a long story short: someone I had to make sure would stand in front of my cameras sooner or later.

This fall, he toured Europe again and on the one day without a gig, Katz joined me in the upper floor of the Simon Lévelt Café at the Vismarkt in Utrecht, which is not in use but has a spectacular view on the canal and the city hall. If you’re in Utrecht, make sure to pass by the wonderful people of the café, as they will sell you one of the best tasting coffees in town.

Anyway, Katz carried his guitar up two stairs, sat down and played three songs of his – and my – favourite acts. It’s as simple as that, so I won’t ramble on too long and let you get to it.

The Night They Drove Old Dixie Down (The Band)

If you’d prefer, you can also view all videos of Onder Invloed at YouTube.