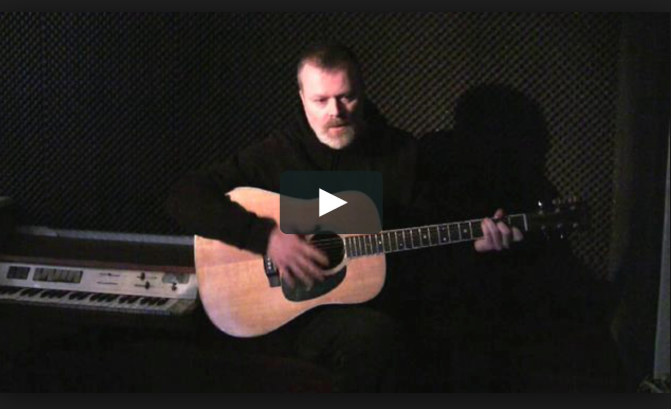 ‘Happy Traum’ and ‘Weeps’ are probably the two albums I bought the most times; I keep giving them away to friends. Two albums by Daryll-Ann, without any doubt my favourite Dutch band ever. I happen to be writing an article about one of the songwriters of the band that broke up in 2004; Anne Soldaat. Jelle Paulusma was the other, and he’s also still making brilliant albums.

Unfortunately, I never got to see Daryll-Ann perform live, but luckily there’re enough chances to see the former bandmembers play now, in their new bands. And so I went to the album release of Paulusma’s ‘iRecord’, in the end of 2008, probably November. With his twin brother Coen still on his side, added with musicians from bands like Moke and Alamo Race Track, Paulusma managed to rock the venue, even though it was the horrible Pakhuis Wilhelmina.

Jelle Paulusma is a musician in it’s pure form. He just wants to play, with the talented musicians he gathered around him. The recording, mixing and mastering of his records are all his doing. He wants to have control over the entire process. Where this session’s filmed, the studio part of his livingroom, is also where both ‘Here We Are’ and ‘iRecord’ were recorded.

He asked: “Are you ready, Matthijs?”, and thirteen minutes later, all three songs were recorded. The quickest session ever, followed by the longest interview yet. We talked about his sisters record collection, Neil Young, playing in a band, doing everything by yourself, American bands in the beginning of the 70’s, writing songs, the shift in importance from melodies to lyrics and the plans with iRecord. Trust me, it’s interesting enough to keep watching for twenty minutes.