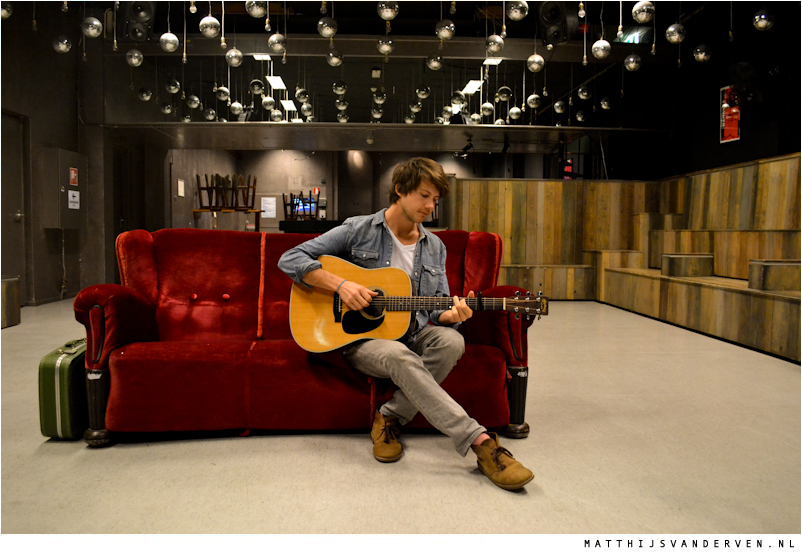 Every week a lot of musicians get in touch asking for a session. Although I have to turn down most of them, I do like getting these emails and listening to new songs. Not everything’s great, not all the good acts are my taste, but now and then someone’s got an amazing voice or tune that intrigues me. Parker Ainsworth has both.

The venue where we filmed this session in October 2013, is the Spiegelbar of the famous Tivoli in my hometown Utrecht, which actually shut down this Spring and moved to a big and brand new building elsewhere in the city center. The building at the Oudegracht where I saw so many great shows has now been taken over by Kytopia, an organization around musician Kyteman. Every room in the building is now being used by musicians, producers and other creatives.

So this room might not even look like this anymore, but it was still in full glory when Tivoli let us film a double session there. Parker Ainsworth and Hanna Leess (check back soon for her session) were on their joined tour of Europe and made time to cover their influences.

Ainsworth is a songwriter from Austin, Texas, now living in California, who’s released a couple of EP’s and toured the world, sharing stages with Brett Dennen, Sara Bareilles and many others. His 2011 EP Leave On The Lights was all I needed to play to agree to film this session. Ainsworth’s not inventing a new genre or reinventing the wheel, but all you need is a great voice and songs that make their way into your head and manage to stick around. He’s done just that for me and I would be surprised if I turn out to be the only one after people watch this session.