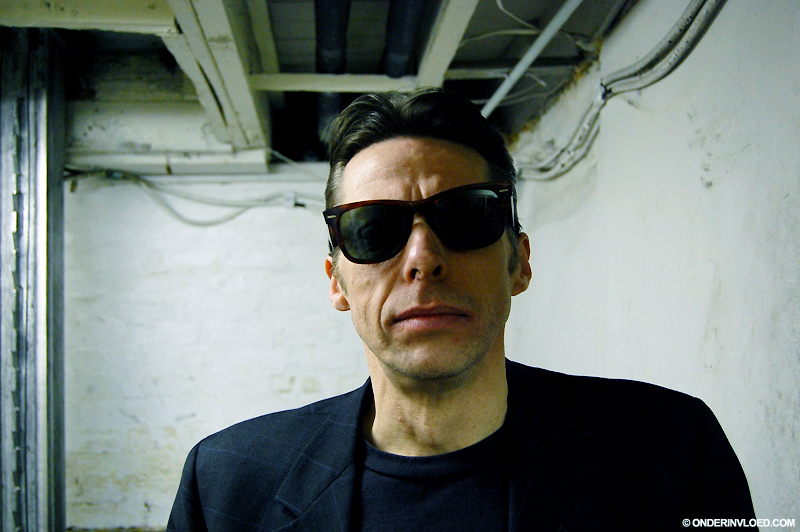 On November 28th 2013, a dream came true for me. Really. Ever since the start of Onder Invloed in 2008 I knew I wanted to organize an event abroad sometime. Glasgow was always going to be the perfect city for a night to remember. Seven acts performed live sessions, all will appear online. Here’s the first: Les Johnson And Me.

Ever since my first visit to Glasgow in March 2009 that city somehow got to me and in the years and visits that followed it became a second home. I love Glasgow for its streets, its pubs, venues, record stores but first and foremost for the music and the friends I’ve made. I have Paul Tasker, Iona Macdonald and Davie Lawson to thank for inviting me and showing me around. During that first visit, Dutch producer Ro Halfhide and I filmed about fourteen sessions. I’ve organized tours for some Glaswegian acts in The Netherlands and I’ve been back frequently to write and to film more sessions.

When planning the trip for November last year, I felt the need to film new sessions with some of the acts that I had encountered back in 2009 and onwards. But I also wanted the week to be a holiday, instead of racing all around the city every day to film all those sessions. The ideal solution was to get all of them in the same location on the same day. The next thought: why not make it open for the public? A week of sending, receiving and replying to emails and phone calls later, it was all set up. Seven of my favourite Glaswegian acts were ready to play, unselfishly and very enthusiastic.

We found the perfect venue for the night that we simply but effectively called ‘The Influences’ in The Glad Cafe; a rather new venue and cafe in the south side of Glasgow. There aren’t enough words to thank the owners Joe and Rachel, and the staff that gave us such a warm welcome and who did an incredible job on the night itself. Thanks guys. If you’re ever in the city, go there for a cup of coffee, something nice to eat, for a show or just to sit there. You won’t be disappointed.

All of the acts played two covers and one original – except for Three Blind Wolves who got carried away and did an extra song, but hey, who’s complaining? – and Rachel (the lovely miss Onder Invloed) and I filmed the whole night. Les Johnson And Me, a.k.a. Kenny Macdonald, was called on the stage first by one-time presenter Ryan Joseph Burns and played not only songs by Townes van Zandt and Bob Dylan but also a track of his forthcoming debut record 15 Hands.

The songs played in this session are:
1. Pancho And Lefty (Townes van Zandt)
2. Is Your Love In Vain (Bob Dylan)
3. Top Step (Les Johnson And Me)

Make sure to visit our website again and again, because the other six sessions will appear over the coming weeks.