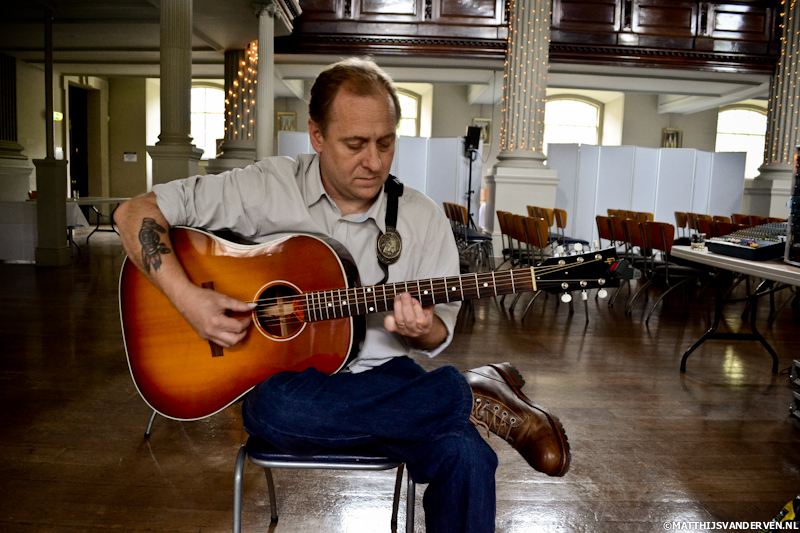 Whenever I go to Glasgow, I get to stay at Paul Tasker and Iona MacDonald’s flat, right on the edge of the city centre. Paul and Iona (Doghouse Roses) had a show planned in the last week of my holiday, together with Larry Guild. In Paul’s words: “Larry is one of the best guitarists and songwriters I’ve ever witnessed.” A recommendation like that from Paul is more than enough for me to bring my new camera along to record a session with Guild. It is the second session I filmed in Glasgow this summer, after shooting Lenzie Moss a week earlier.

Guild might be unknown in The Netherlands, in Scotland he’s played at many of the major venues including The Royal Concert Hall, King Tuts, The Glasgow Piping Centre, The Tron Theatre as well as being invited to perform at T in the park in 2001. At one point, Guild vanished from the music scene, being fed up with it for a couple of years. Well, he’s back and ready to play. The show he played with Doghouse Roses at St Andrew’s in the Square, was his first show in years. Before the show started, he played two covers and one of his own songs.