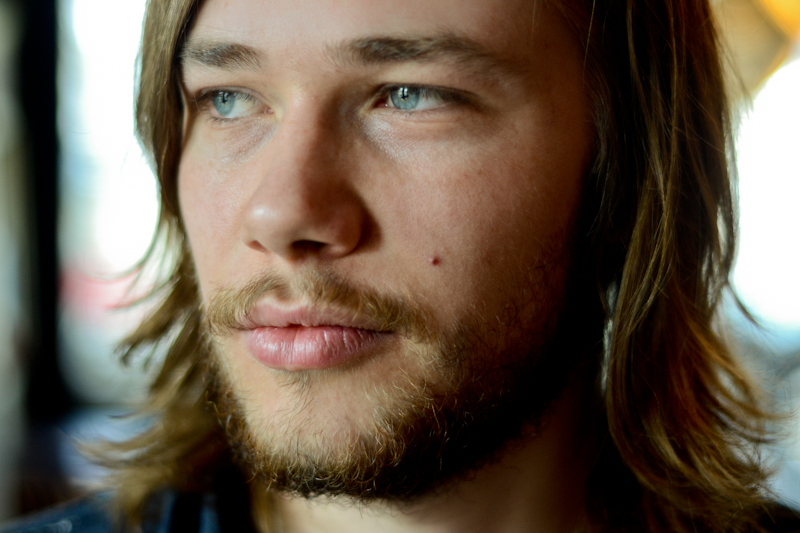 It feels like ages since I recorded sessions for Onder Invloed. There’ve been a lot of live videos, but there haven’t been so many real sessions lately. There’s a good reason for that, but I will not bore you with it. Kim Janssen won’t bore you either. You might know him as a member of The Black Atlantic, or from the two covers he played live at the Onder Invloed stage at Into The Great Wide Open last year. Or you might just be a good music lover and know Kim Janssen from his first solo album ‘The Truth Is, I Am…‘ or one of his many live shows over the last couple of years.

Janssen’s one of those performers who’ll get you to shut up in less than a second. There is no big show, no tricks, no moves, no costume changes, there’s just his songs, his voice and there’s you, listening. Nowadays he’s playing with a band and he’ll release his second album ‘Ancient Crimes’ this Friday, the 9th of March, with a show at EKKO in Utrecht. I’ve heard the album a couple of times now and recommend you buy the thing, and one extra for the girl you’re trying to get with.

Anyway, I’ve recorded sessions again. Not so long ago, I had arranged two locations on two days in Amsterdam, the second day I was filming at Cafe Tabac at Brouwersgracht. Kim Janssen recorded covers of songs by Damien Jurado, Iron & Wine and Pedro The Lion.

Priests And Paramedics (Pedro The Lion)

Thanks
Everaldo Pechler and Cafe Tabac.