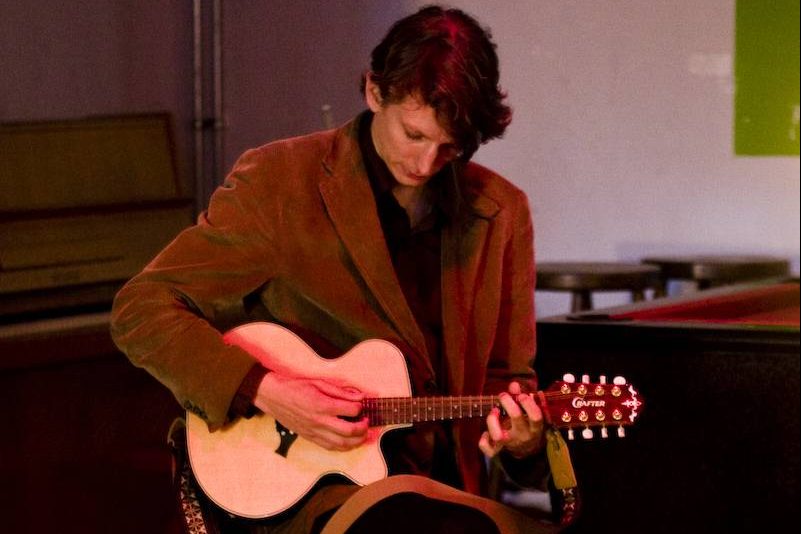 Their heads turned, and their faces turned serious when Michiel Flamman walked into the room. Furlong had just played one take of ‘Come Back To Me’, a song written by Flamman and published on Solo‘s second album ‘Solopeople’. It was the first time a writer of the original songs was present a an Onder Invloed session.

While Furlong-singer Ramses Singeling’s speaking voice sounds a lot like Otto ‘Lucky Fonz’ Wichers, his singing voice can easily be mistaken for Flamman’s. No surprise the Solo songs ‘Come Back To Me’ and ‘As Good As It Feels’ suit Singeling’s voice without trouble. With his three capable bandmembers on his side, they even managed to add new subtle details to both songs.

It was funny to see the effect the precense of Flamman had on the four young musicians. Flamman, a gifted songwriter, someone to look up to because of his many great songs, but at the same time someone you walk into at the supermarket, buying apples. It increased the level of concentration of the ambitious Furlong-musicians at the session.

Because ambitious, that’s what they are. Formed not much longer than a year ago, Furlong already released an EP and, more recently, their first full-lenght ‘Watch The Play’. A debut album worth buying. Worth buying twice or more, even more so with the holidays coming up. Great month for being ‘onder invloed’ as well by the way, December.

Come Back To Me (Solo)

As Good As It Feels (Solo)