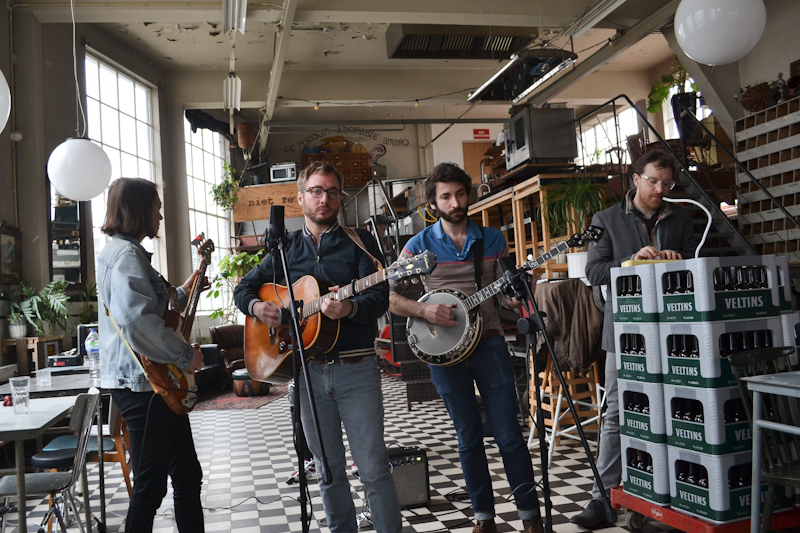 Up until a couple of years ago, Frontier Ruckus was just a band that I had heard of. Without stopping to take a moment and really give them a listen. In case you hadn’t noticed before: I can be a bit of a fool, sometimes. It was thanks to my friends of Three Blind Wolves playing with them in Glasgow and Small Houses covering their song in his session that made me pay attention.

Thank fuck for that, because what I found was a well of inspiration, melodies, beauty and lyrics that are as stunning as they are funny. The folk rock band from Detroit, Michigan released their fifth record Enter The Kingdom in February this year and it is, once again, a work of art. The record has accompanied me on many train journeys since its release.

Similar to the way I got into Belle and Sebastian way back when, Frontier Ruckus’ songs tended to surprise me and take me somewhere different than I had been expecting it to do. Lyrically as well as sonically. Sometimes multiple times within one song.

My Frontier Ruckus experience started with 2013’s Eternity of Dimming which features I Buried You So Deep, the song Small Houses covered. But from that record onwards with Sitcom Afterlife and now Enter The Kingdom, and the two records before EoD, there’s just so much to enjoy.

Earlier this spring, they played one show in The Netherlands, so I made my way down to Eindhoven to film with them. In restaurant Het Ketelhuis on the old Philips grounds, we recorded a cover of Elliot Smith’s Everything Reminds Me Of Her, a wonderfully weird instrumental mashup of a traditional song and Seal’s Kiss From A Rose and their own Visit Me.

Everything Reminds Me Of Her (Elliott Smith)

Everything Reminds Me Of Her (Elliott Smith)
Spotify | iTunes | Youtube

Scarborough Fair is a traditional song.