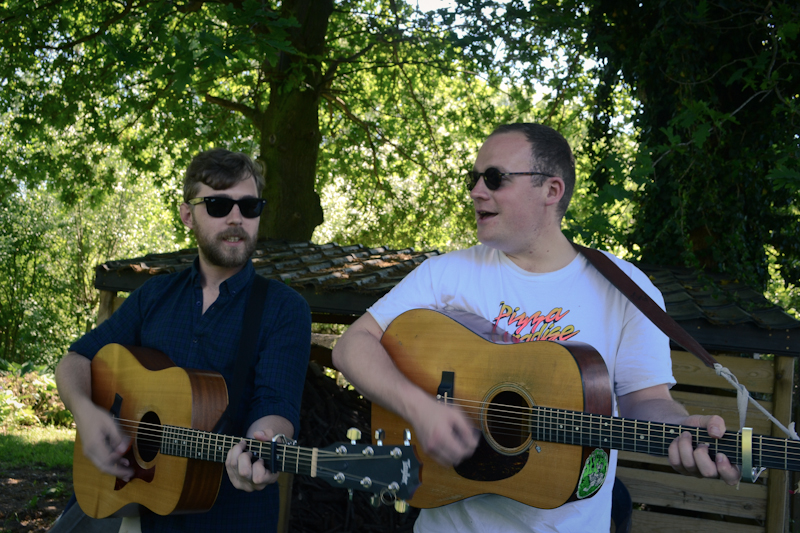 In late May this year, we organized mini festival Caledonia. Like A New International, fellow Glaswegians Ryan Joseph Burns and Fiskur got on a plane to play. As they already knew; you can’t be around me for a couple of days and not film something. So they learned a cover of The Milk Carton Kids’ Michigan.

Burns is currently touring with Siobhan Wilson and planning his own solo tour following the release of his debut album Absence. Meanwhile Clark is off playing in China once again, filming a video for the next single from his upcoming stunner of a debut album as Fiskur.

I’m really happy with the end result from that special weekend in Rekken, The Netherlands. Who knows, we might end up doing it all again someday.

PS. Did you know The Milk Carton Kids’ Joey Ryan once recorded a session for Onder Invloed? It’s true, you can watch it here.