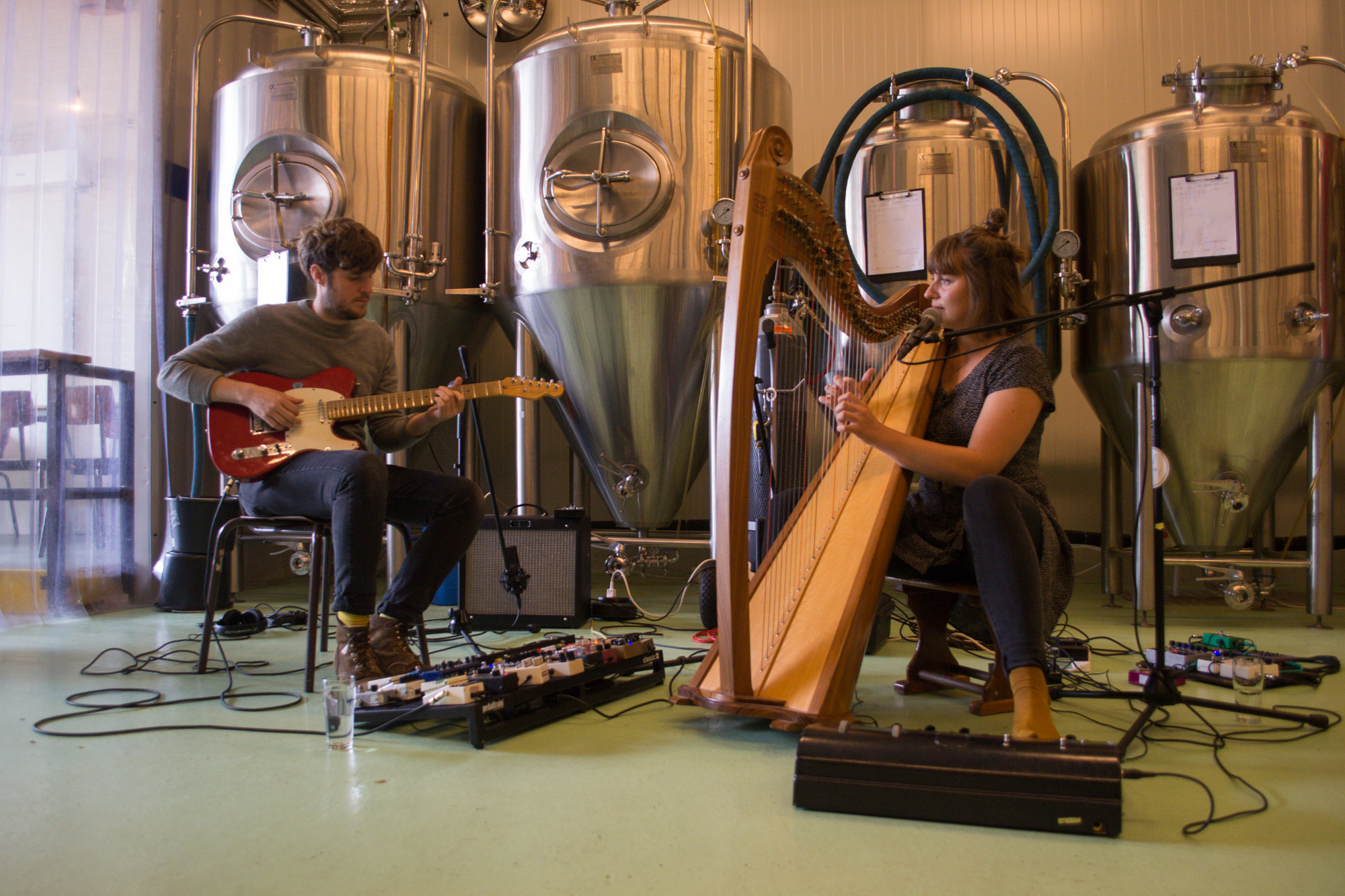 ‘Listening to Björk and Emilíana Torrini always reminds me of how many sonic possibilities there are out there.’ It’s no wonder Emma Gatrill covered their songs in this session for The Influences. ‘I have been enjoying experimenting and combining new sounds to create different soundscapes with my harp, especially in incorporating drum machines and synthesizers.’

Emma Gatrill’s own music has very quickly become a regular in my playlists. She’s a multi-instrumentalist, who has played with the likes of This Is The Kit, Laura Marling, Willy Mason and Matthew And The Atlas, and released two solo records, Chapter I and – my favourite – Cocoon. From that latest one, she recorded Space in this session. ‘My songs are very much inspired by the world around me – places I’ve been to, people I’ve met and the conversations I’ve had.’

‘I’ve been a massive fan of Björk for years. She’s incredibly innovative and I love that her music is always developing and evolving to incorporate new sounds. I discovered Emilíana Torrini a few years ago and was an immediate fan – they both write great lyrics and melodies. I wanted to cover two songs that I really enjoyed, but I also wanted them to be a challenge to arrange.’

It was such a beautiful night in Utrecht, when I went to see Bear’s Den, Matthew And The Atlas and Siv Jakobsen play, late 2016. Since then, I’ve filmed sessions with Jakobsen and Christof van der Ven (from Bear’s Den, releasing a new solo record on April 13th!) and now I’m delighted to publish this beautiful session by Emma Gatrill, who played with Matthew And The Atlas that night. At brewpub De Kromme Haring in Utrecht, she was accompanied by guitarist Marcus Hamblett, who’s also a solo artist, as well as guitarist with Bear’s Den and James Holden. He also recorded a session, which will go live later this year.

So, although I spent most of that night drinking beer and just having a great time, it’s proven to be quite a productive evening. I hope you’ll enjoy watching the latest results below.

Emma Gatrill is heading out on tour in Japan this month, after a couple of English dates. All dates.