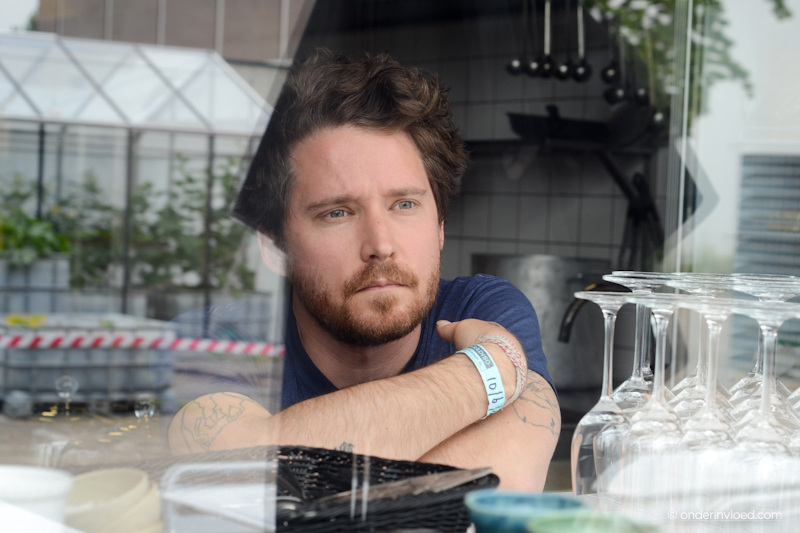 After stumbling upon a video on YouTube of Christopher Paul Stelling playing one of his songs live, I was rather impressed by the vigour and drive the Brooklyn-based songwriter radiated. After listening to his new album Labor Against Waste, out on ANTI- Records, I was happy that Stelling immediately agreed to film a session.

Turns out we’ve got a mutual friend in Jeremy Quentin of Small Houses – a new session with him will appear soon – who was in Utrecht only a couple of weeks before we filmed this. I think it might have been him who sent me Stelling’s earlier record False Cities once.

Talking about mutual friends, Stelling admitted it feels pretty amazing to be signed to the same label as one of his influences Tom Waits, since ANTI- records released Labor Against Waste. He covered Waits’ Dirt In The Ground accompanied by lovely backing vocals of Julia Marie Christgau on De Klub’s piano. This session confirmed my suspicion that when you place Stelling behind a piano or hand him a guitar, he’ll have you captivated till the last note’s died out.

I’m really glad that we got to film at restaurant and bar De Klub in Utrecht, which has been nothing but a wonderful place to sit, drink and eat ever since it opened only a year ago.