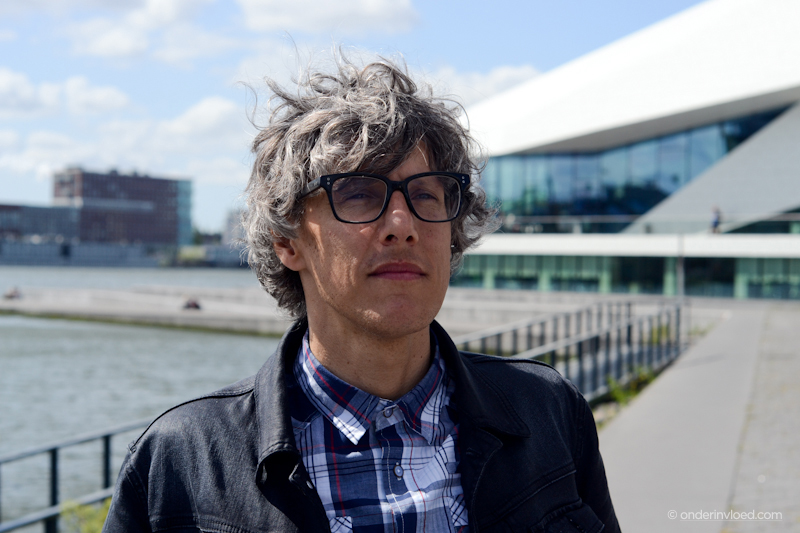 It was over six years ago when Anne Soldaat recorded his first session and although he’s performed at several of our live shows and was featured in the book Onder Invloed, I felt it was time for a new session. Earlier this year he released his fourth solo record (the third under his own name) since Daryll-Ann broke up in 2004, and it’s right up there with his best work. For this session he and his band recorded two incredible covers of The Supremes and Tim Buckley.

Read the interview with Anne Soldaat below the videos.


You Keep Me Hanging On (The Supremes)

Song To The Siren (Tim Buckley)

“I’ve know Song To The Siren ever since the eighties. I’ve still got the 12-inch by This Mortal Coil, a super hip band on the 4AD label that The Pixies were on as well. Their cover is a beautiful rendition and at first I thought it was their song. I used to listen to the Cocteau Twins a lot as well; Elizabeth Fraser’s other band. They were also very much an eighties band; synthetic drums, a lot of reverb and a lot of blowing, which I also still did back then. Later I found out it was written by Tim Buckley. I don’t know much of his music, because I didn’t like everything I heard. His studio recording is not as good as This Mortal Coil’s cover, which is enchantingly beautiful.”

More often than not, the first version you’ve heard of a song that you love stays your favourite, whether it’s the original or a cover, don’t you think? “Perhaps. For my first Onder Invloed session I covered I Think It’s Going To Rain Today and I prefer Dusty Springfield’s cover that I knew first better than the studio recording by Randy Newman. Sometimes a adaptation does more justice to a song than the original.”

“The American band Vanilla Fudge covered You Keep Me Hangin’ On in the late sixties, and that’s how I thought of covering this. They did a slow rocky symphonic version. I didn’t want to copy them, but somewhere in between them and The Supremes seemed fun. The Supremes are amazing, of course. The song’s written by people who’ve got thirty hits like this one on their name: Holland-Dozier-Holland, a magical triad. They carried their briefcase into an office building at nine o’clock in the morning and came out at five having written two or three hits. I’d be pretty pleased with writing just one hit song everyday”, Soldaat admits with a laugh.

“It’s a good way of writing songs, but it’s very far from the dream image of an artist. The idea of having to wait for some divine inspiration is also bullshit of course. I would love to write songs everyday, I’m a tiny bit lazy when it comes to writing. But, on the other hand, I’ve just released another album, so the songs do still come from somewhere.” Four records in ten year is not such a bad score, is it? “No, and I don’t think you should release much more than that.”

Just recently I spoke to Jelle Paulusma, the lead singer and other songwriter of Soldaat’s former band Daryll-Ann that did an extensive reunion tour in 2014, who only writes new songs for every album. Soldaat however doesn’t mind searching through old demos and ideas, a quick look at the track list of Talks Little, Kills Many confirms. For instance Soft Stop (of which a video from this same session was already published earlier by his label Excelsior Recordings) dates back from the period directly after the end of Daryll-Ann in 2004. “The Truth is one of the very first songs I recorded on my 4-track cassette recorder in 1991. I have it all in my archive, so I don’t have to search endlessly for an old demo. I separate the good things from the bad and even those I keep. I’ve always liked The Truth and if a song sticks around in the back of my head for all those years, there’s bound to be something in it.”

“Legal Tenderly, the last song on the album, I already recorded as an instrumental during the Happy Traum period (Happy Traum is the fourth album by Daryll-Ann, from 1999) and it’s the b-side on the Surely Justice single, it had the title 4th Of July. But there are also a lot of very new songs on the album.”

Soldaat recorded his previous two records In Another Life and Anne Soldaat in California with producer Jason Falkner (Jellyfish, Daniel Johnston, Beck, Air, Paul McCartney, a.o.), but Talks Little, Kills Many was written and recorded in Amsterdam, the city he only recently moved away from. “These songs are more acoustic than before, so it could easily be done here. I was in control and it worked out well. I’m really happy with the result and the reactions I’m getting. It’s really nice. I’ll never get rich doing this, but ah well”, Soldaat concludes with his characteristic self-relativistic humour.

You Keep Me Hanging On (The Supremes)
YouTube | iTunes | Spotify