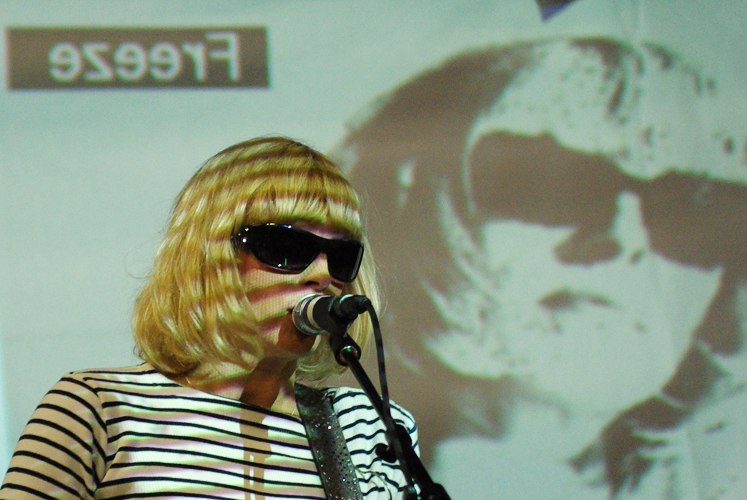 Back in 1998 the Dutch band Bettie Serveert released an album called Bettie Serveert Plays Venus in Furs and Other Velvet Underground Songs after playing the Marlboro Flashback Tour. Now, 10 years later, they did a couple of VU-shows again. And they played three songs for Onder Invloed.

Later that night, they played a clean knockout show in the sold out EKKO, in Utrecht. Footage of that show will perhaps appear on this site later on, for now the session will most definitely satisfy your needs, if those needs include great musicians, good songs and well-played covers. Bettie played Run Run Run, Guess I’m Falling In Love and Femme Fatale.

I know people who’d get out of bed in the middle of the night to drive a hundred kilometers to see Bettie Serveert play some songs if they needed to. I might not be one of them, but I do really enjoy the music of Bettie Serveert. They’ve been around ever since they released their first demo in 1992 and have played all places bands would want to play and toured with Live, Counting Crowes and Mauro Pawlowski (Evil Superstars, dEUS). To cut a long story short; the musicians of Bettie Serveert have seen it all, but still love to play. And that shows in this session. Please enjoy Bettie Serveert playing the Velvet Underground and share your comments.