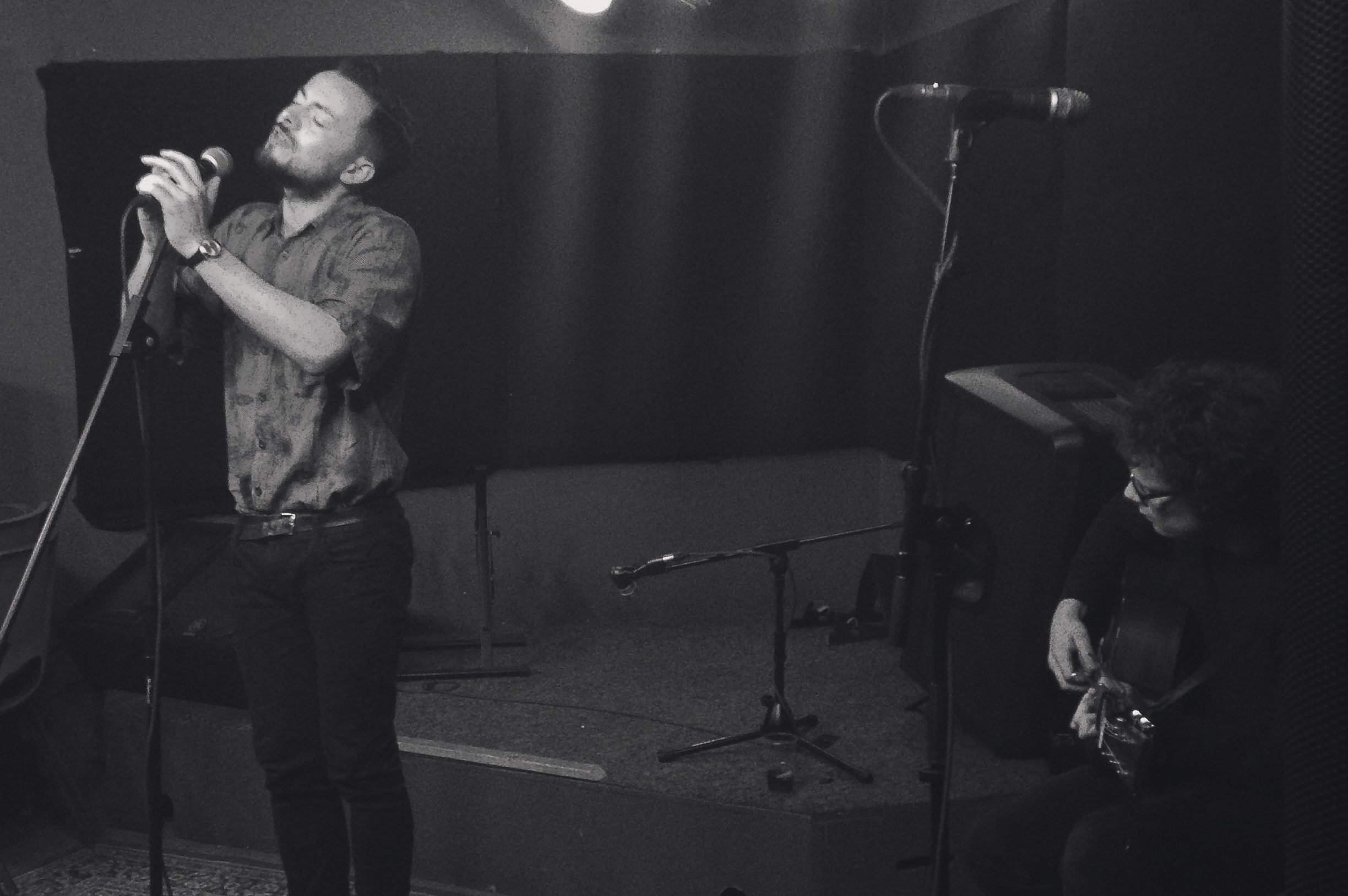 Until about a year ago, my life was a little worse than it is now, if only because I hadn’t yet gotten acquainted with folk singer Alistair Ogilvy‘s music. It was Ryan Joseph Burns who told me about him and I was reminded of that when I noticed they were both playing at Craig Armstrong‘s night with the Orchestra of Scottish Opera in Glasgow’s Royal Concert Hall. I looked up his second record July Moon, produced by Admiral Fallow’s Louis Abbott, and got hooked by his impressive voice.

So much so, that I invited Ogilvy to record a session at our night The Glad Cafe. in November 2015.

During this session, he played covers of Sandy Denny and a traditional song, plus an original from July Moon. He was joined by his guitarist Kieran Heather.

Who Knows Where The Time Goes? (Sandy Denny)