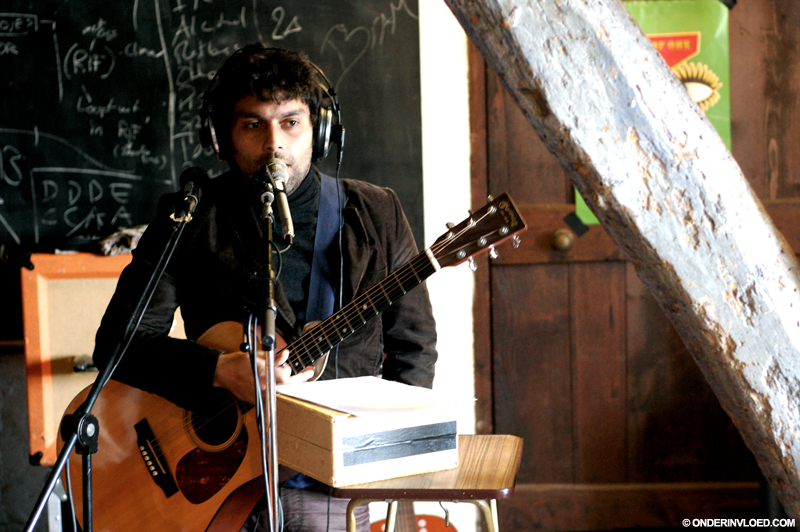 If I wanted to come to a town called Best, near Eindhoven in the South of The Netherlands to record a session with Woost, that’s what Marike Jager asked me a while back. Jager, a gifted musician herself, had just signed the band on her label Morning Coffee Records. Their new album ‘Six Minutes South’ is brilliant and so I ended up filming the first session since Nat Jenkins in December 2009.

Sparklehorse singer Mark Linkous committed suicide in Knoxville, Tennessee on March 6, 2010. Inspired by this sad event, Dutch rock band Woost decided to pay tribute to the troubled songwriter. In a barn, and outside in the warm and sunny fields, they played ‘Pig’, ‘Rainmaker’ and Spirit Ditch’.

Woost is about to release their fourth album ‘6 Minutes South’, after a period of silence in which the several band members toured with different musicians and bands like Marike Jager, Roosbeef and Coparck. There’s a vibe of renewed inspiration, creativity and an enormous drive hanging around the band, in general but specifically when recording this session. Hopefully that shows in the videos. Enjoy.