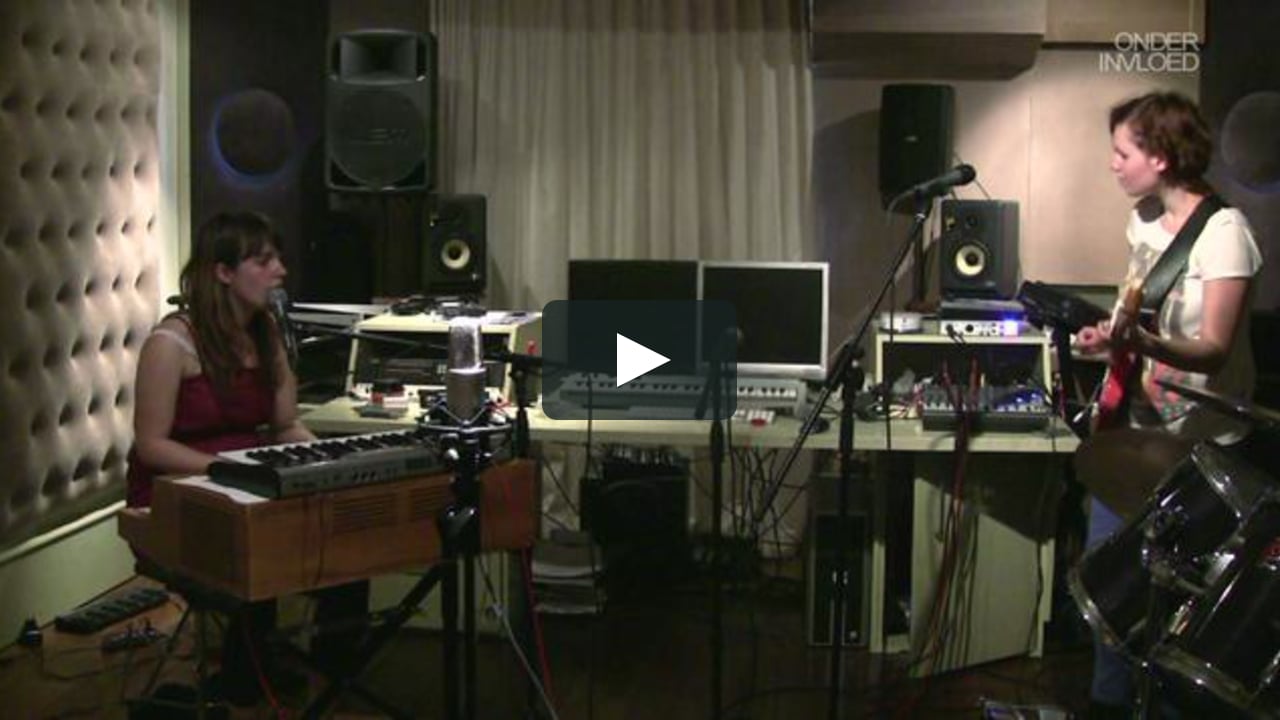 About a year ago, OnderInvloed.com’s good friend Ro Halfhide started mentioning The Secret Love Parade almost every time we spoke. It worked, not only because his enthousiasm, but mostly because everything he said turned out to be true. The Secret Love Parade are two girls who know what they’re doing and what they’re doing, they’re really good at.

Aino Vehmasto and Janna Coomans are two rather young women who will surprise you at first, or maybe it is just my preconception on all girl bands, but besides being nice they’re original, fresh and very promising musicians. As you will probably notice yourselfs when listening to their songs; you’ll instantly feel better than you were before. Worries fade away, no more thoughts on all the things you still have to do before the end of the week. ‘Free at last’, as they put it.

It’s the complete combination of the dreamy songs, instruments and voices which will get you careless in less than fifteen minutes. For anyone who wants to feel that way all day, there’s good news; their debut album is finished and will be released the coming weeks. Before then, OnderInvloed.com gives you the chance to see them perform live in Utrecht, this Wednesday. At the Onder Invloed Live show, they’ll play songs of their debut combined with covers of their influences.

They showed me their influences earlier this year, in their rehearsal room in the North of Amsterdam. On one song they’re accompanied by members of I Am Oak, from Utrecht. Left out of this session, is a unique version of the Velvet Underground song ‘After Hours’, which will find it’s way to this website at the end of the year. For now, there are four covers which will make you want to jump on your bike and race to the UROCK Cafe in Utrecht this Wednesday to see them live.