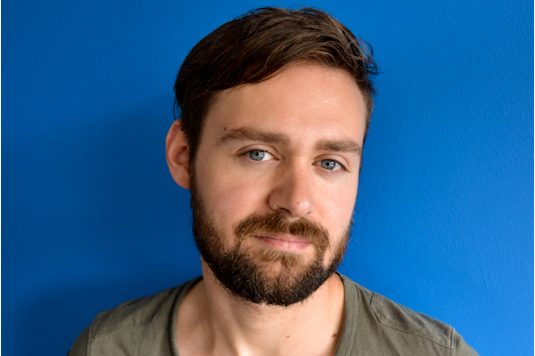 Lukas Batteau is a singer songwriter from Utrecht with a liking towards grunge. Strongly influenced by the 90’s, he chose somewhat louder bands, although he always seems to like the quieter song on an album the most. Alice In Chains, Smashing Pumpkins, but also U2. Bono is one of Batteau’s favourite songwriters, says the Dutch American musician.

Batteau is a serious guy, without becoming melancholy. He seems positive, and it is just that what makes him look sympathetic on stage. There’s no album yet, but Batteau is working on an EP.

Love Is Blindness (U2)