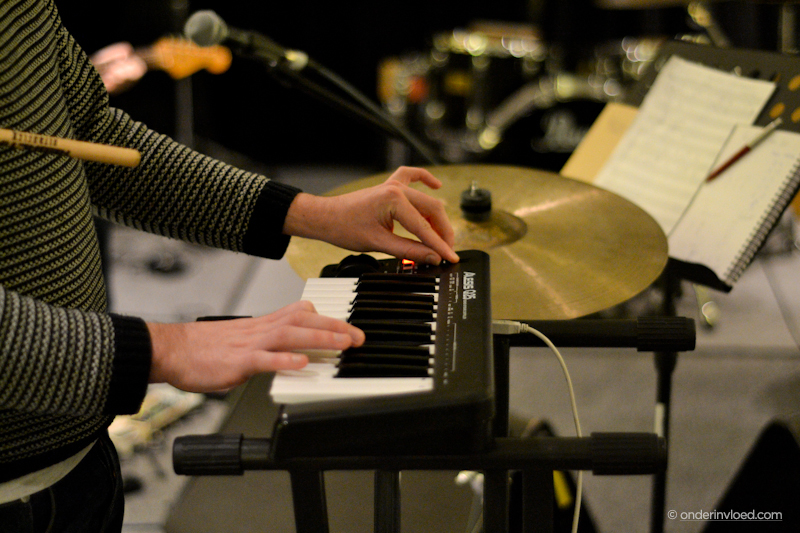 Michael and Andrew Truscott are musicians you might know of their band The Seventeenth Century who’ve been featured on this site multiple times. These twin brothers from Glasgow, one a drummer the other a hornist, have recently been working hard on a new project named Kinbrae. I’m honoured to premiere a first little video for their song called The Anderson Shelter.

Kinbrae play a mixture of brass, acoustic guitar, percussion and musique concrete to create a uniquely experimental yet accessible form of ambient, classical music. They’ve acknowledged to be influenced by artists like Nils Frahm, Olafur Arnalds and Peter Broderick.

This is the first bit of music from Kinbrae that’s out in the open, but more is soon to follow, as the Truscotts are putting together a debut EP. In the meantime there’s a Facebook page you can like to stay up to date.

As I’m writing this, Kinbrae have agreed to record a session for Onder Invloed when I’m in Glasgow in two weeks. So, if you like what you’ve heard in this video, come back soon to watch them cover their influences.