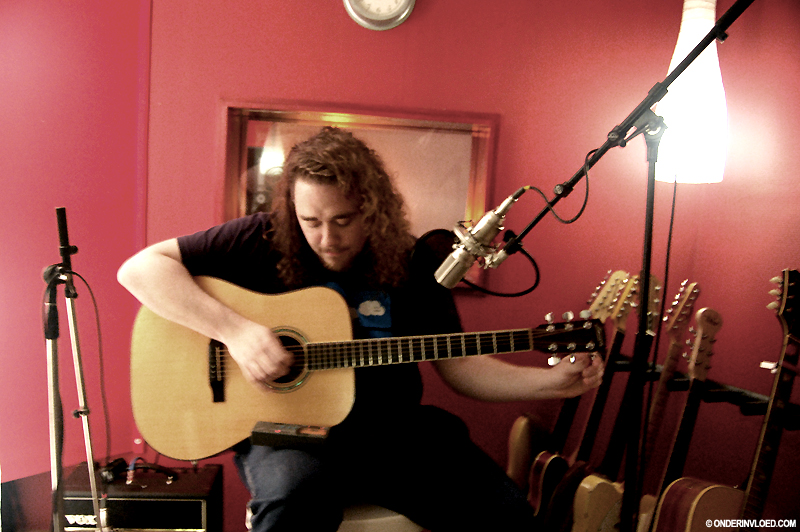 He’s a funny guy, Joost Oskamp. He’s got a joke or a smart comment ready before you know it. The same character trait is probably the reason why he’s able to cover ‘cheesy’ songs like ‘Last Christmas’ being funny but dead serious at the same time. The session with Joast is a funny, but first and foremost an intelligent and beautiful session.

After the band Taxi to the ocean decided to take a big break from all band activities, the seperate band members continued to make music on their own, and sometimes together. Bass-player Joost Oskamp decided he wanted to make a solo album, under his alias Joast. in 2009, some live tryouts followed and in January this year he recorded it in the USA with musicians who play with Beck, Air and REM. So I guess they’ve now added Joosk on their list. Lucky guys.

When the first Joast (back then still named Joosk) demo’s turned up on MySpace, a lot of people mentioned the comparison with dEUS, or Tom Barman on his own. Oskamp himself, says he doesn’t really know why, even though he likes dEUS a lot. I can tell you that Joast’s music is in any case honoust, stripped down to the basics of every song, and rough enough to keep you on the edge of your chair.

The same goes for his session, he played with Lourens van Haaften (People You Know) on guitar. Maybe you won’t like it, maybe you’ll be laughing, maybe you’ll be touched; with Joast, it’s all very much possible. Please let us know in the comments which one applies to you.

How To Fight Loneliness (Wilco)