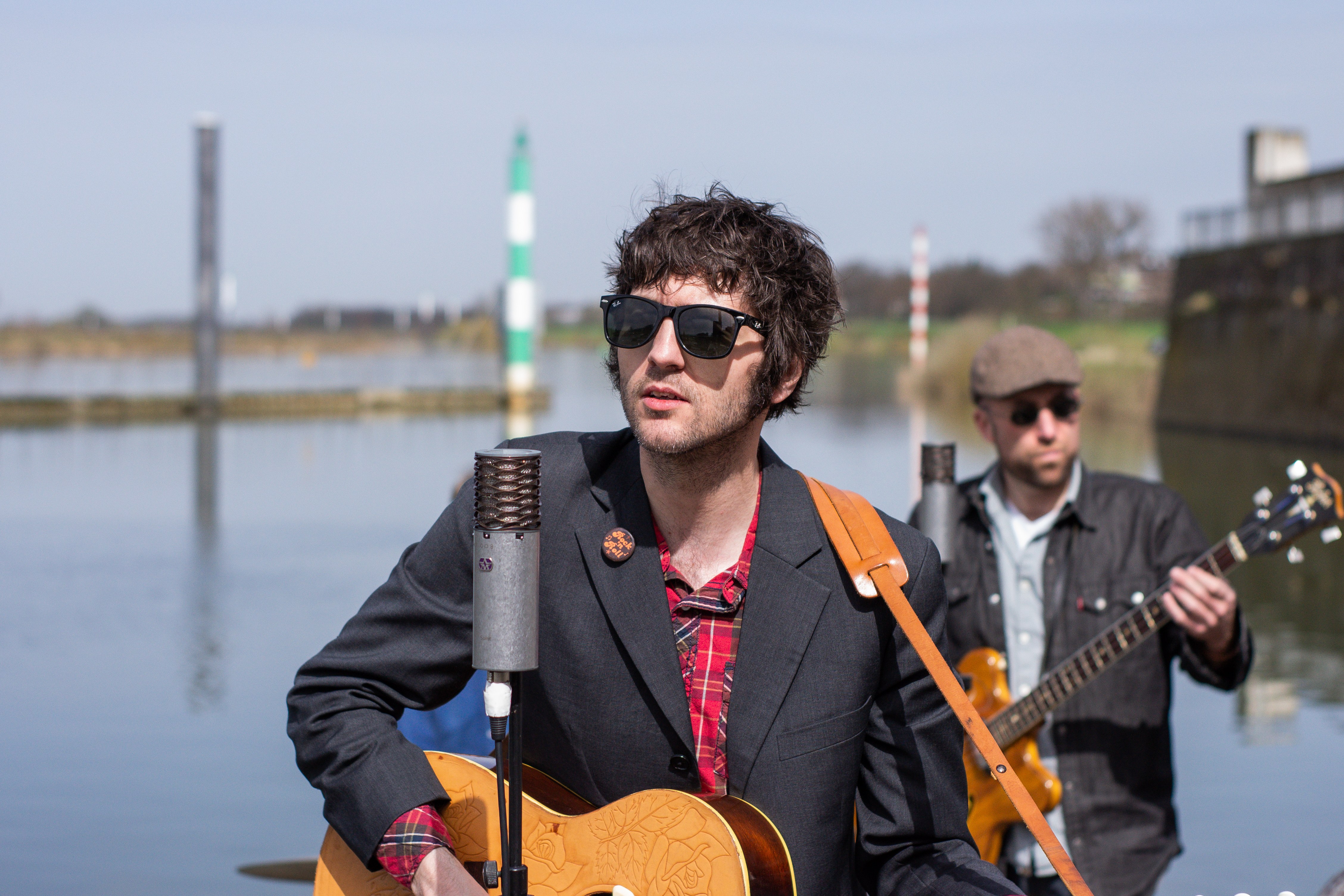 Jerry Leger’s records stand side by side to John Lennon’s in my living room. It’s only fitting because Lennon’s the first association I got from Coat On The Rack, the opener of the Canadian songwriter’s latest release Nonsense And Heartache.

That double LP is a real gem, honestly. It was produced by Cowboy Junkies’ Michael Timmins and features eighteen songs. There are a lot of things that stand out apart from Leger’s voice and vocal delivery, sometimes it’s the melodies or the clever lyrics, other times it’s the overall sound.

A special mention should go to the members of Leger’s band The Situation, who are so much more than a backing band. Jerry Leger sounds like an incredible band, rather than a solo artist with some great musicians doing their part. And it really does add an extra special layer to Nonsense And Heartache.

Although a rather new discovery for me – thanks Ron Sexsmith! – Leger’s released over ten records in the last decade or so, if you include a live album and records with side projects The Del Fi’s and The Bop Fi’s. That same Sexsmith who tipped me off about Leger ahead of his first European tour, played on some of Leger’s earlier records. Leger appreciates him as a friend and as an artists, he tells me: ‘It was really nice of Ron to help us get the word out. He’s been a big supporter and friend basically since my first record. I love his commitment to the art of songwriting and carrying the torch. I like to think of myself that way and he had a lot to do with that. A lot of his songs feel like they’ve always been here and that’s really hard to do.’

The fact that The Situation are more than just a backing band, quickly became clear when meeting them in Venlo at the Down By The River festival where we recorded this session. I witnessed it in the interactions between them, the mutual respect and just the way they performed as a unit. The first song we filmed was I’ll Feel A Whole Lot Better, written by Gene Clark while he was in The Byrds. ‘Clark’s a very different kind of writer. His melodies can have these curveballs in the structure and he has a voice and style I trust.’

‘I love how The Everly Brothers harmonize with each other, that brotherly thing. It’s my favourite and they have the best sad songs apart from Hank Williams.’ Jerry Leger admits he didn’t have to think long before chosing them to cover. ‘I grew up with their music playing in the house and Cathy’s Clown is probably my favourite song of all time. It just takes me to another place.’

Going with your instinct

Leger grew up listening to a lot of fifties rock ‘n’ roll and the greats that followed. ‘Lennon and The Beatles, Hank Williams, Dylan, Elvis Costello, Lightnin’ Hopkins, Neil Young… It goes on and on.’ The way they perfected their craftsmanship is what Leger took with him to use in his own career. ‘I tend to look up to the ones who go with their instincts. I’ve always made music in the studio and on the stage exacting how I want to make it. Bob Dylan and Neil Young would be those kind of artists and that was the way I wanted to make music.’ What about when the inspiration doesn’t come? ‘I find I come up with ideas walking around. Other times it’s nice reading a book or listening to a record. Sometimes things come out of that.’

When we recorded this session earlier in 2018 – during the Down By The River festival in Venlo, The Netherlands – Jerry Leger and The Situation were experiencing their first ever European tour. You could feel the excitement, really. ‘Yeah, it was our first trip over! We had an amazing time and the reception was really nice everywhere. It was cool signing older albums that fans would bring to shows. I didn’t expect that. I’m looking forward to coming back and touring Europe on the regular.’ In Baby’s Got A Rare Gun, Leger sings ‘She said, “you better get walking. Come back when you’re fully grown”.’ Well, Jerry Leger is. And so is his band. So you better get yourself to one of their shows this fall.