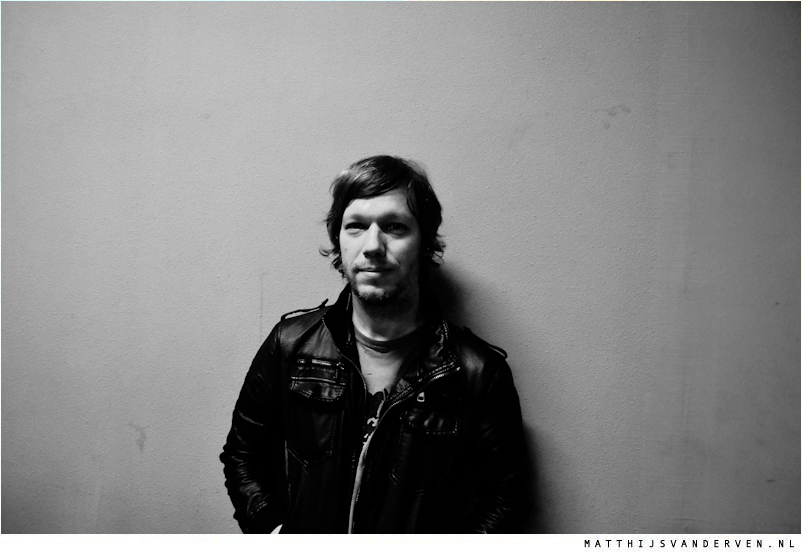 The first time I heard of Jason Falkner was when I was talking to Anne Soldaat about five years ago. Soldaat was flying to Los Angeles to record what would become instant classic In Another Life with Falkner. Two weeks ago, Falkner played in Utrecht with Das Pop singer Bent van Looy, and was happy to record a session just before going on stage.

Falkner also produced Soldaat’s newest self-titled album and Van Looy’s first solo effort Around The Bend, played in Jellyfish and has, amongst others, worked with Beck, Paul McCartney, Air, Daniel Johnston, Aimee Mann, Travis and Brendan Benson. A long list of impressive names, but besides all that, Falkner has released multiple solo albums himself, 1996’s Presents Author Unknown being my personal favourite. In this session, Falkner played She Goes To Bed off that record.

Ever since I started listening to his music after Soldaat mentioned him, he’s been on my secret wish list for Onder Invloed. I’m glad that we managed to film him. Even though this session happened rather last minute due to unforeseeable circumstances, and in a room without much light, I’ve been watching it almost non stop since editing it. Falkner deserves all the credit for making this a great session..

The songs played in this session are:
1. She Goes To Bed (Jason Falkner)
2. Wichita Lineman (Glen Campbell, written by Jimmy Webb)