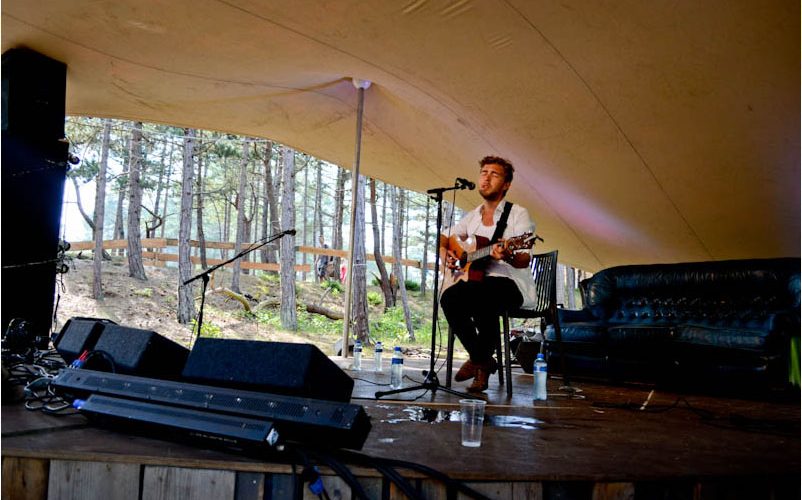 Words can hardly describe how much fun we’ve had at the fourth edition of Into The Great Wide Open. Ryan Joseph Burns played on the ferry on the way over to the island of Vlieland, we recorded sessions on the beach and in the sea, met James Vincent McMorrow and his band, Ryan and Davie Lawson crashed their bikes and ended up in between trees and bushes at midnight and blamed eachother, and we saw a lot of really good music in the meantime.

At our stage – the most beautiful place for music I’ve ever seen – we had a really good edition of Onder Invloed. Gijsbert Kamer interviewed Marike Jager, Anne Soldaat and Janne Schra, they all played songs and Davie Lawson and Ryan Joseph Burns played longer sets. It’s all been filmed by the Onder Invloed crew, so videos will be appearing in the coming weeks. Here are the first three, of Ryan Joseph Burns‘ set, including covers of Gerry Rafferty and Jackson Browne.

Listen to his full set on Soundcloud